Does a Child's Attorney Need Permission From the Parents or Guardian to Speak With the Child?

In a divorce situation, a child's attorney is appointed by the court. Although the parents are charged with paying for the attorney's services, it's typically not an election on their part to hire a third lawyer to get involved in the litigation. Most often, the judge steps in and orders the appointment when contested custody issues become particularly contentious. A child's attorney is called a guardian ad litem. 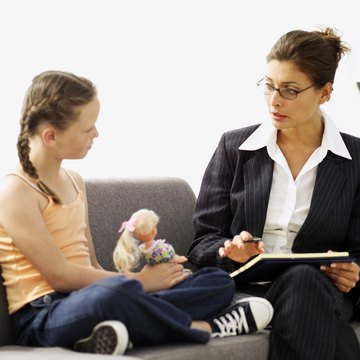 A guardian ad litem is typically charged with protecting your child's best interests. As a minor, your child can't hire a lawyer of her own to safeguard her interests or make her feelings known to the court, so the judge does so for her. The GAL does not represent parents' interests and he is not their advocate. He works independently of their wishes.

A GAL has contact with divorcing parents, typically through interviews and other meetings. It's his job to decipher the family dynamics so he can figure out exactly what's best for your child in the context of the divorce. The process often begins with an extensive questionnaire each parent is required to fill out, giving the GAL the facts and background of the case – at least as they see them. The GAL may then interview the child at home, and this would normally involve at least one parent's presence. Because the process is court-ordered, parents can't decline to cooperate or produce the child for interviews. Sometimes a GAL will interview third parties as well, such as teachers, physicians or counselors. He can then make recommendations to the court as to what the best custody outcome is for the child.

Courts will generally attempt to solicit the cooperation and consent of parents before appointing a GAL, but this doesn't mean they won't move ahead with the appointment if one or both parents object. After appointment, the GAL generally does not need approval from the parents' attorneys to speak to either of them, but his communications with the judge must not be ex parte or conducted without the parents' knowledge or involvement. If the GAL wants the judge to speak with the child personally, this may take place in chambers without the parents' presence, but their attorneys usually have the right to attend. Some states, such as North Carolina, allow parents to object to the submission of the GAL's written report to the court, which typically includes his recommendations for custody and is the last step of the GAL process before trial.

In some cases, children – particularly older children – might have some thoughts of their own regarding the custody aspect of a divorce. Some states, such as Virginia, require that the GAL report the child's feelings to the judge regardless of whether the GAL agrees with them or thinks they're in the child's best interests.

Divorce is never easy, but we can help. Learn More
What Do You Call an Attorney Who Represents a Child in a Custody Case?

Why Does Attorney Get Fees With Child Support Order?

Most attorneys charge for their services, whether those services deal with child support issues or anything else; ...