What Are a Child's Rights in Divorce in New Jersey?

In New Jersey, children have legal rights that are very important in the divorce process. As a matter of both public policy and law, New Jersey believes that children of divorcing parents are entitled to financial contributions from both parents, emotional stability and consistent custody schedules. They also have the right to maintain a relationship with both parents regardless of which parent has residential custody. New Jersey laws are structured in a way that puts the best interests of children at the forefront in a divorce. 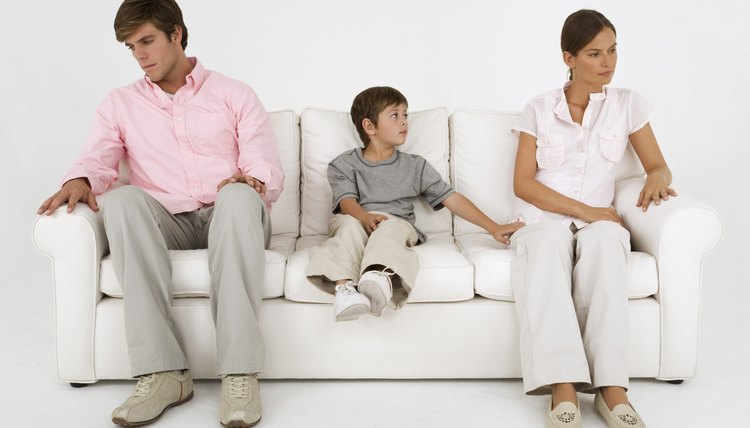 New Jersey requires that both parents financially contribute to a child's support. The amount of child support that a non-custodial parent must pay is determined according to the state's Child Support Guidelines, which take into consideration the income of both parents. If a parent is not working, without just cause, the court will apply an income according to what that parent could be earning, even if it is the minimum wage. The guidelines also look at the cost for the children's health insurance and child care expenses and whether either parent pays mandatory union dues or retirement contributions. In addition to the parents' net incomes and expenses, the amount of support is also based on the number of overnights that a child spends with each parent.

Child support in New Jersey ends when a child is considered "emancipated." As a result, child support does not end automatically when your child turns 18 or graduates from high school. Instead, emancipation occurs when your child becomes financially independent, or self-sufficient, and only then may child support be terminated. If your child is in college full-time, for example, you may be required to continue paying child support until they graduate. In certain instances, this may also include paying child support while your child is in graduate school. However, if your child is 18 or older, not attending college and working full-time, he is likely to be considered emancipated by a court; the same is true if that same child has married or enlisted in the military. In order to terminate your child support obligation in New Jersey, you must file a motion with the court and request the court's permission. The court will review your child's living situation, educational goals and other relevant information to determine whether or not support can be reduced or terminated altogether.

Children in New Jersey have the right to maintain contact and have a stable, consistent relationship with both parents. If one parent interferes with their child's relationship with the other parent, the court will consider this factor when determining custody and visitation, known as "parenting time" in New Jersey. The state requires all divorcing parents to attend a parenting education seminar that provides tools on how to minimize the negative effects of divorce on children.

The Uniform Child Custody Jurisdiction and Enforcement Act aims to address issues of child custody across state lines. New Jersey has adopted the UCCJEA as state law. As long as one parent or child continues to have a significant connection with the state, New Jersey courts will remain in charge of custody issues because it is the child's home state. The UCCJEA defines home state as the state where an initial custody order was entered so long as one parent or the child continues to live in that state. A child must live in a state for at least six months for that state to be considered the home state. A parent is prevented from using the courts in a different state unless there is an emergency such as if the child was abandoned or has been abused. The UCCJEA promotes uniformity in custody and parenting time orders and streamlines the process for parents that live in different states.

When parents divorce, some common sense steps should be taken to make the transition as smooth as possible for the children. Neither parent should put the children in the middle of divorce issues or use them to learn information about the other parent. Children should not be forced to choose between their parents or made to feel guilty for spending time with one parent over the other. A Bill of Rights for Children in Divorce and Dissolution Actions has been adopted by the New Jersey Chapter of the Association of Family and Conciliation Courts. The document sets forth ethical guidelines to protect the best interests of children at all times.

Divorce is never easy, but we can help. Learn More
Custody Law for Removing a Child From the Mother

Establishing child custody can be a highly contentious aspect of divorce. Although each parent may feel entitled to a certain amount of contact and authority over a child, custody decisions are made according to what is best for the child. In cases where the child is of sufficient age to understand the nature of the proceedings, his or her participation and preference might be considered by the court. Understanding how state law impacts the custody rights of your pre-teen or teenage child will help you better prepare for the custody process.

Can You Lose Custody by Denying Visitation?

You can lose custody of your child by denying the other parent visitation. Denial of visitation can also result in a ...

Divorce is an anguishing process when you have children. Although sometimes overlooked, divorce can also be an ...