By definition, cohabitation implies a serious relationship. You're living with someone, or you intend to. You share the same roof and the minutia of your everyday lives. There's generally no law or rule against it -- unless you're a divorcing parent, and the person you want to cohabit with is your boyfriend or girlfriend and not the parent of your child. 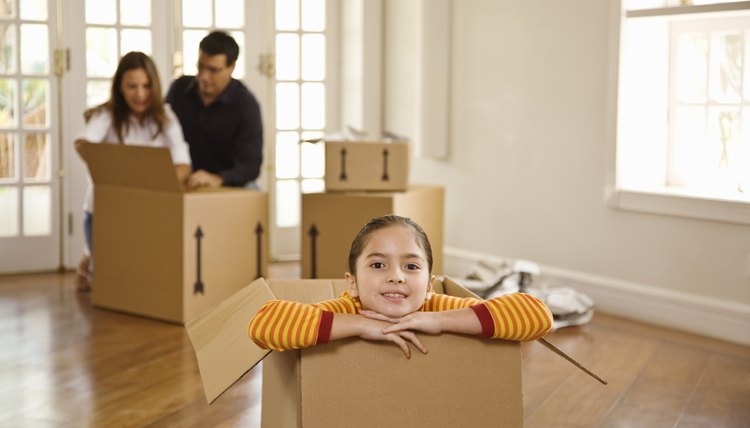 Morality clauses are statements included in the parenting plan of your divorce decree -- the portion that sets out your custody and visitation terms. These clauses can vary by state, but they usually order that an unrelated person with whom you're romantically involved cannot spend the night with you when your children are in residence. Morality clauses typically work both ways -- they bind both mother and father, custodial parent and noncustodial parent. If you're already dating that person before your divorce is final, the judge might insist on such a clause as a preemptive measure, or your soon-to-be ex might demand it.

Some states provide for morality clauses by statute, so you're likely to find this language in your decree even if you haven't already moved in with someone or indicated that you'd like to. For example, Nebraska law gives a custodial parent the right to deny visitation to the noncustodial parent if he's cohabiting with an unrelated individual of the opposite sex. The custodial parent can only exercise this right if she's not cohabiting with someone herself, however. In other states, such as Illinois, you or your ex can ask the court to include such a provision in your judgment.

Generally, judges don't like to see parents dating before a divorce is final, much less living with someone in a romantic relationship. They think it demonstrates a lack of sensitivity for the children's feelings at a time when they're already dealing with divorce. However, the effect of cohabiting on your divorce proceedings might depend on case-by-case circumstances. For example, if you and your spouse have been informally separated for years and have now decided to make your divorce official, a judge would probably not think you're rushing things if you begin a new relationship and move in with your partner. Your partner may even be someone your children have already come to know well and get along with. Conversely, Arizona courts have denied overnight visitation in decrees when noncustodial parents moved in with paramours before the divorce was final. Most courts would generally first establish that your relationship and your living arrangement are harmful to your children, but you can't count on this.

Even if you live in a state that does not recognize morality clauses by statute, and even if you and your spouse are negotiating a parenting plan rather than asking a judge to make a ruling at trial, cohabitation can still have an effect. It might remind your spouse that she can insist on such a clause in your marital settlement agreement. If this language is included, it's typically forever -- or at least until your children reach the age of majority. Your spouse can take you back to court if you move in with someone, even years later. She can claim that you're in contempt of the terms of your parenting plan. It might be better to wait until your divorce is behind you before you make a move that could restrict your lifestyle for years to come. If it's an issue for you, speak with a local attorney before you set up housekeeping with someone to find out exactly how it might affect the outcome of your divorce.

Divorce is never easy, but we can help. Learn More
Do I Have to Be Divorced to Legally Date?

Not all states allow you to intentionally disinherit your child, but New Jersey does, according to an article by Cynthia Sharp in a February 2007 issue of the “New Jersey Law Journal.” The only person you cannot disinherit in New Jersey is your spouse. However, there are laws to prevent against inadvertent omission of a child. Consult with an attorney to make sure you include the correct language in your will so that it is executed properly.

No Cohabitation Rules on a Divorce Decree

Once your divorce decree is established, the terms become binding and are usually set in stone unless there has been a substantial change in circumstances. If your divorce decree prohibits your ex-spouse from living with her boyfriend while she has custody of the kids, or her alimony award will be terminated if she moves in with him, these would be sufficient grounds for petitioning the court to make changes to your decree.

Although estate laws vary somewhat from state to state, they generally protect spouses from being completely ...

Adults typically have the right to cohabit with anyone they like – but if you're not divorced yet and the person you're ...