In the parlance of wills and insurance policies, a common disaster provision is language which directs how assets or proceeds should be distributed in the event that the owner of the property, and her co-owner or primary beneficiary, both die within a short time of one another. Common disaster provisions in wills create an alternative path for dispersing assets when spouses die together in an accident. 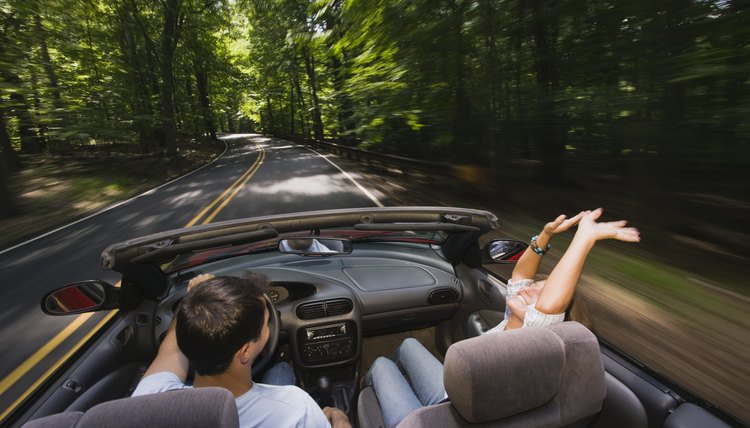 Most states have adopted the Uniform Simultaneous Death Act, which applies in the event that you and your spouse or other primary beneficiary die without wills, or with wills that do not have a common disaster provision. The Uniform Simultaneous Death Act was first adopted in the United States in 1940. It mandates that if two people die in such a way that it can't reasonable be discerned who died first, then each person's estate is distributed as if he or she had outlived the other person. Amendments to the statute have clarified that it is assumed by law that two people died simultaneously unless there is clear evidence that one survived the other for at least 120 hours.

The 120-hour time limit set by the Uniform Simultaneous Death Act can be changed by using an alternate provision in your will, which then supersedes the statute. Choose a time period less than six months for your common disaster will provision, advises Senior Magazine Online, as a longer delay could potentially result in negating the ability to pass property free of estate taxes to your spouse.

One chief reason for writing a will is to specify to whom you want your assets to pass after your death. If those closest to you, to whom you would otherwise be leaving your estate, die near in time to you, your assets will be distributed by the probate court to potentially distant relatives or others on whom you did not intend to bestow your inheritance. One use of common disaster provisions is to allow you to name an alternative recipient if your intended beneficiary dies. This recipient can be another individual of your choosing, or could be a charitable cause or institution which you would like to benefit.

The language of a common disaster provision in a will can have a significant impact on estate taxation. If the common disaster provision states that everything is left to your spouse if your spouse survives you, for example, with no specification of a time limit, then your spouse inherits your entire estate if she survives you by even one minute. The spouse's estate is then significantly larger as it is distributed to her heirs, making it more likely that it will trigger high estate taxation.

Protect your loved ones. Start My Estate Plan
What Does Tertiary Beneficiary Mean?

How to Name a Charity in a Will

When planning an estate, many people want to leave something for their favorite charity or cause. Probate law -- the rules regarding the management and distribution of a decedent’s estate -- offers many different options to support charitable causes. You can donate assets without conditions or you can donate property in a way that ensures that it is used exclusively as you want it. Probate law is defined by the state where you are a resident, so the requirements for executing a charitable bequest may vary.

What If an Heir Dies?

The impact of an heir’s death on the probate process depends a great deal on whether he is also a beneficiary. An heir is a relative entitled to inherit from the decedent by law -- heirs inherit when the decedent dies without a will. Beneficiaries are those individuals named in a decedent’s will to receive his property. They may or may not be related to him. An individual can be both an heir and a beneficiary when he's bequeathed property in a will and is also related to the decedent, so he would have stood to inherit even if the decedent had not left a will.

In Pennsylvania, a married person can make a will and leave everything to his spouse, if he chooses. However, if a married person dies without a will, known as dying "intestate," Pennsylvania's laws of intestate succession provide protection to the surviving spouse by granting her a portion of the estate. The portion to which a surviving spouse is entitled depends on whether the deceased spouse has surviving children or parents.

There’s no law that says you must name a beneficiary on your life insurance policy, but if you don’t, state law can get ...

How to Transfer Inheritance to a Sibling in Probate

When an individual dies, his property passes to his heirs as directed by his written will, in which he declares ...

What Is a Secondary Beneficiary?

When setting up a will or trust, you designate a person, business or other legal entity to receive the proceeds from ...

Estate planning is meant to ensure that the right people get the right assets as quickly as possible. Wills and ...