Where you live largely determines how your credit card debt is split in a divorce. As a resident of a community property state, the court is likely to divide this debt equally between you and your spouse. However, under certain circumstances, this might not be the case. You also need to keep in mind that credit card companies are not bound by the debt allocation in a divorce decree. 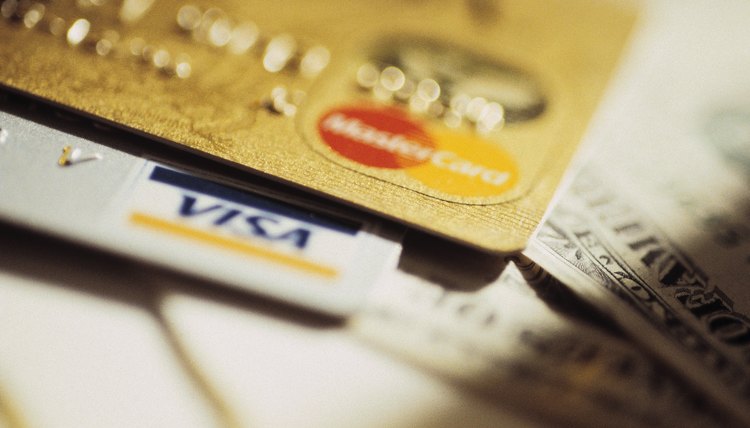 How your credit card debt is divided in a divorce depends on the state in which you live in and how that state distributes property between spouses. U.S. courts distribute property -- which includes debt -- between divorcing spouses in one of two ways: using either equitable distribution or community property principles. The majority of states follow the equitable distribution scheme. Under this method, the court divides property based on what is fair and just, taking into consideration the individual circumstances of the marriage and individuals involved. This means the property might be divided equally or unequally. The remaining states, which include Arizona, California, Idaho, Louisiana, Nevada, New Mexico, Texas, Washington and Wisconsin, divide property based on the community property scheme. This system considers property under the joint ownership of both spouses, meaning each spouse owns a 50 percent share.

Before the court can divide your credit card debt, it must first categorize it. That's because most states only have authority to divide marital property, regardless of whether it's a community property or equitable distribution state. Marital property is any property that either you or your spouse acquired during the marriage. Separate property, on the other hand, is property you acquired before the marriage or during the marriage by inheritance or gift. Separate property is off limits when it comes to division in a divorce. Therefore, if you or your spouse opened a credit card during your marriage, the court is likely to determine that the debt acquired on that card is the joint responsibility of you and your spouse, unless you can prove otherwise. It is also possible that the court will consider debt acquired on a credit card opened prior to the marriage as a joint obligation. This usually happens when the card includes charges made during the marriage.

If you live in a community property state, any credit card debt that the court deems marital debt gets divided equally between you and your spouse. This is true even if your spouse opened a credit card in his own name. Although the court will presume credit card debt acquired during the marriage is your joint responsibility, it is important to make the court aware if you didn't know about the card or didn't benefit from the charges. Oftentimes, the court will take this under consideration when allocating assets and liabilities. If your spouse opened a credit and used it primarily for his own benefit, it's possible that the court will assign the entire debt to him in the divorce and assign other debts to you.

Divorce is never easy, but we can help. Learn More
Alabama's Divorce Law: Who Is Responsible for Credit Card Debt?

Florida is an “equitable distribution” state, which means a couple’s marital assets and debts are divided equitably in a divorce. However, an equitable distribution does not necessarily mean an equal distribution. Florida does not consider certain debts to be marital debts divisible by the court and creditors are not bound by the terms of a divorce decree.

How Is Marital Debt Divided in a Divorce in Georgia?

Georgia is an equitable distribution state, so one spouse always runs the risk of having more than half the marital debt assigned to him for payment in a divorce. Courts in equitable distribution states are not obligated to divide marital property or debts 50/50. The law gives judges the discretion to distribute debts and assets between divorcing spouses in a way that seems fair. Judges can take several factors into consideration, including the respective incomes of the parties and their ability to pay. This can result in a 60/40 distribution of debt, or even 70/30.

Washington State Divorce Laws for the Division of Community Property

A looming Arizona divorce can present difficult financial tangles, as each spouse prepares to claim a share of the ...

Credits cards are a common way to purchase items when you need them. If you are married, you may not give a second ...

Though many couples focus their efforts in a divorce on who gets a greater share of the property, the way your debts ...