Florida courts are aware that when parents part ways, their life circumstances may change. Children grow, lifestyles alter and parents’ incomes go up or down. The state’s legislation includes provisions for parents to go back to court when any such change affects their ability to pay child support or the children’s need to receive it. Parents can file a petition with the court, explaining the change and asking a judge to recalculate support based on the new circumstances. 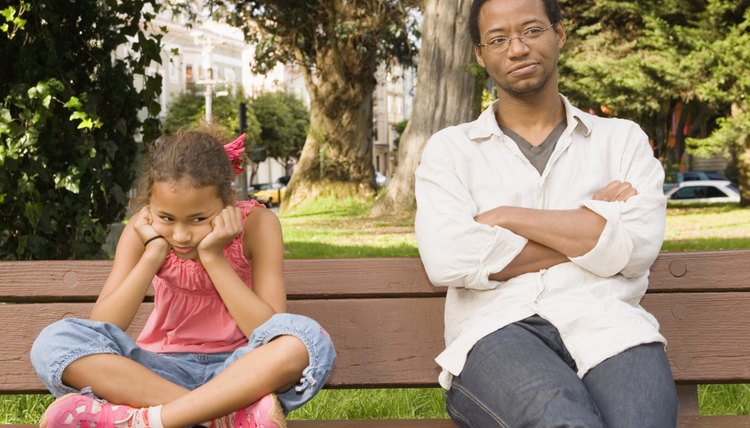 Florida passed a law effective January 1, 2011, mandating a modification of child support when the noncustodial parent’s time with his children increases to 20 percent or more of the year. If children were spending every other weekend with their noncustodial parent, sleeping over on Friday and Saturday nights, this would work out to about 52 nights a year, or approximately 14 percent of the time. If the children began spending Friday, Saturday and Sunday nights with that parent every other weekend, that would be 78 nights a year, or about 21 percent of the time. This parent can petition the court to have his child support obligation adjusted downward to allot for this extra visitation, and the judge is obligated to do so.

If the children’s needs change, this might also warrant a child support modification in Florida. If the paying parent is contributing support for three children and the oldest child emancipates or reaches the age when child support is no longer required, the court will recalculate support downward to address only the needs of two children. If one parent loses an employment perk of low-cost or free health insurance and must now pay for the children’s coverage, this would amount to a substantial change. If both parents are working more hours and the children must now spend more time in daycare, this can increase child support, because Florida includes such expenses in support calculations.

Changes of circumstance must be long-term and can’t be voluntary on the part of either parent. For example, if a parent loses his job and petitions the court for a child support modification within a week, the court isn’t likely to grant the change. If that parent can show he’s been actively looking for work for months but hasn’t become re-employed, the court would probably adjust his child support obligation. If a parent elects to change careers and accepts a much lower-paying job in the process, a request to adjust child support would probably be denied.

Divorce & Changes in Circumstance in Massachusetts

Ideally, if a significant change occurs in your life, it will happen while you are in mid-divorce, so your eventual decree can adequately address it. This isn't usually the case, and Massachusetts allows spouses to modify the terms of their decrees after divorce to accommodate changes. However, unless you and your spouse agree to a modification by consent, Massachusetts judges require “substantial and material” changes in circumstance before they’ll issue a modification order. “Substantial” means the change must be big; “material” means it must directly relate to the provision you want to change.

Child support orders are not permanent, but instead adaptable to particular changes of circumstance. In California, the modification process begins with a petition to the court and the judge will look to whether a material change in circumstances has occurred, with enhanced wealth typically qualifying as such a change. However, it is important to understand that increased income is only one factor of many the court will take into consideration when determining whether or not to increase support.

Does Private Tuition Qualify for Credit of Child Support in Florida?

Child support payments in Florida are determined by a mix of family and financial factors. Because life is constantly ...

Kentucky uses what is known as an Income Shares model for calculating child support. This model attempts to recreate ...

Do They Go by My Wife's Income For Paying Child Support in Delaware?

When Delaware couples divorce, the court issues a divorce decree describing the terms of the split, including child ...

Child support in Alabama is usually determined in a straightforward manner. As in many other states, Alabama uses the ...