What Constitutes a Successor Corporation?

The basic definition of a successor corporation is a new business that directly replaces an old one. The successor takes on the assets and liabilities of the former corporation, and carries out the affairs of the old company under a new name. Successor law governs the activities and legal obligations of these new companies. 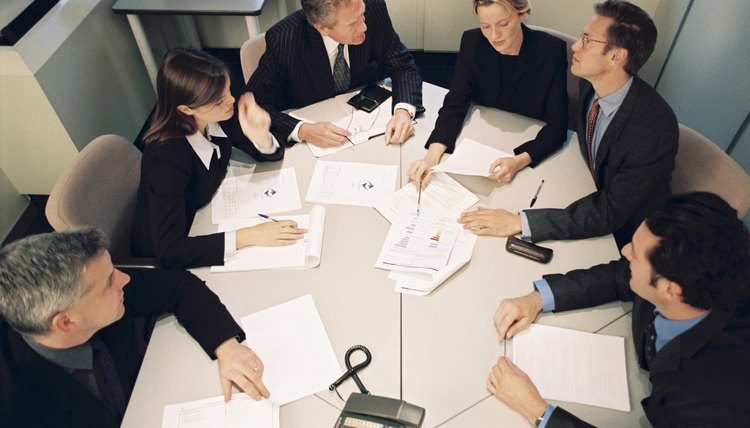 Most successor corporations come about through a merger or an acquisition. A company may buy another company and take over its business, or combine itself with another, creating a new corporate identity. In bankruptcy cases, a federal court winds up the financial affairs of a company unable to meet its debts, and in some cases, creates a new company after the process comes to an end.

In mergers and acquisitions, the terms of an agreement include the transfer of property, equipment and financial assets from a company to its successor. These often become important points of contention; the rights of a successor to assets and its need to take on liabilities may disrupt an otherwise easy negotiation. When a successor company gains the knowledge, contacts and ideas of an old company, it often must pay handsomely for the rights to these intangible assets, otherwise known as "goodwill."

In many cases, a successor corporation is set up to escape private liabilities as well as tax obligations; lawsuits often arise after the parties complete the transfer of titles and properties. The law often holds that if a new company carries out the same business with the same assets and in the same location, it can be held liable for the obligations of its predecessor, even if by the terms of the transfer the successor is held not responsible. Non-payment for goodwill strengthens the claim of any creditors who come forward.

Ready to incorporate your business? Get Started Now
What Types of Businesses Can Be Converted to an LLC?

What Does Dissolved Mean for a Corporation?

A corporation is an independent legal entity, separate from its owners, who are known as shareholders. It is this independence that affords the shareholders limited liability for the debts of the company and enables them to easily transfer their shares in the business. But when a corporation decides to cease operations, or dissolve, it must undergo a process to terminate its independent legal status. Corporations are regulated under state law, so the dissolution process can vary. However, there are some general steps that all corporations must take.

How to Change Power of Attorney

A power of attorney is a legal instrument by which you appoint someone you trust, known as your attorney-in-fact, to act on your behalf. It may be necessary at some point to remove or change the person you have named as your attorney-in-fact. Depending on the circumstances, ending the authority granted to one attorney-in-fact and appointing another may simply be a matter of preparing the paperwork and giving notice.

The Model Business Corporations Act, first created by the American Bar Association, is a body of statutory law that was designed to govern corporate affairs. Although the MBCA has no legal force unless enacted by a state legislature, all 50 states have enacted at least a portion of the MBCA.

What Is a Roll Up in a Bankruptcy Case?

Bankruptcy provides a debtor temporary protection from creditors while his financial affairs go through a ...

Are Officers of a Corporation Protected From Lawsuits?

Choosing the legal structure of your company is one of the most important decisions you will make when starting your ...

LLCs are organized under state laws and, therefore, the formalities required of an LLC can vary from state to state or ...

Can a Nonprofit Board Fire the Executive Director?

A nonprofit's success is often tied to the zeal of its primary representative: the executive director. The ED is ...