How to Contest a Will Because of Mental Capacity

You may contest a will if you're an interested party, such as an heir or beneficiary of the deceased person, known as the decedent, and believe the decedent didn't have the mental capacity necessary to write a will. You must prove the decedent didn't meet the mental capacity standard at the time he wrote the will. The mental capacity required to make a will is much lower than the legal standard for other acts, such as making a contract. The will maker, or testator, must know who he is, have a general understanding of the assets he owns and understand the relationship between himself and likely beneficiaries of his estate, such as his spouse and children. 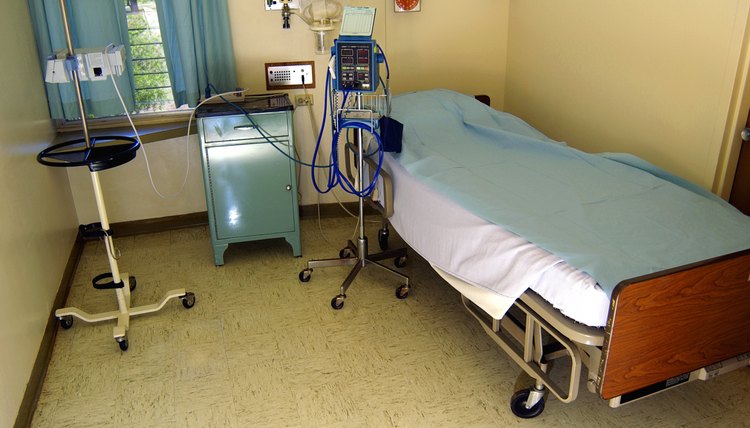 Get copies of the testator's medical records. While having a condition that affects mental competency isn't enough to prove a person didn't have the mental capacity to make a will, the presence of some conditions, such as Alzheimer's, may add weight to your case.

Make copies of all the evidence, including statements from the doctors and witnesses, as well as any private correspondence that supports your case. Keep the originals together in a safe place.

Go to the court holding the probate proceedings. Ask for the forms necessary to contest a will. Forms vary by state. You will need to complete and file a petition and motion in most states. Attach the evidence copies to the petition. File the forms in court.

Notify all interested parties in writing of the will contest and first hearing date and time, using the method the probate court directs you to use. You may have to mail or have the notice personally served by an adult not related to the case; the notice may be a copy of the petition or motion you filed or both. Ask the clerk for a copy of the court rules if you're unsure about the service method. Interested parties include the estate executor, other heirs and will beneficiaries, and any attorneys involved.

Speak to all the persons from whom you took statements. Tell each person the date, place and time of the hearing. You may ask them to testify at the hearing, or inform them they may be asked to testify at subsequent hearings.

Protect your loved ones. Start My Estate Plan
How to Contest a Will in Ohio

How to Ask if You Are in a Last Will & Testament

You need neither legal language nor formalized procedure to ask if you inherit under a will; who and how you ask depends on the stage of the proceedings. A will is a person's written expression of her intentions for her property after death. The testator names heirs, an executor and one or more guardians for her minor children in a last testament. After her death, the executor takes over the property, opens probate and prepares the estate for distribution.

How to Contest the Executor of a Will

An executor is a person who handles the financial affairs of an estate, including the distribution of assets to heirs, and is named in the will of a deceased person. Probate, the legal process used to sort out an estate, gives the executor authority to perform his duties. You, as an heir of the estate, have the right to contest an executor's appointment if you are concerned about his ability to perform his duties or if you believe the will naming him is invalid. A will may be invalid under your state's laws due to the mental incompetency of the deceased person at the time the will was made, fraud, or the will maker being pressured or coerced into signing the document.

An objection that a decedent was suffering from Alzheimer’s disease and was mentally incompetent when she made her will is one of the most difficult contests to win. One issue that arises is that the disease is progressive, so simply proving a diagnosis is not enough. You will have to determine your loved one’s mental capacity at the time she signed and dated the will, and you have to prove that she had no cognitive understanding of what she was doing at that moment in time.

How to Contest Wills in New Jersey

You can challenge the validity of a will being offered for probate in New Jersey if you are considered a person with an ...

How to Prepare a Will-Say Statement

How to Sign Over an Executor of a Will

It isn’t uncommon for someone to take on the role of executor of a will only to realize that the job is more than she ...

How to Invalidate a Last Will & Testament

A will contains an individual's final wishes. As a result, any attempt to invalidate it must meet a high standard of ...