If you wish to contest a will in British Columbia, you must follow the law of the province concerning wills and estates. Before an estate can be distributed to heirs, a will must be validated by the provincial probate court, which decides if the will was created and executed according to the law. There are various grounds for contesting a will, but in all cases it is important to present strong evidence in favor of the plea and adhere to court deadlines for bringing your action. 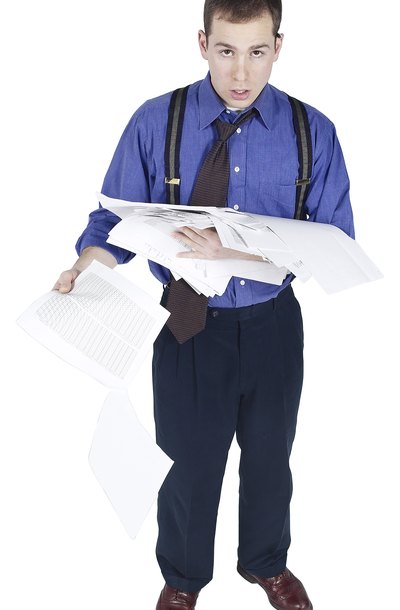 Check the status of the will by an inquiry to the clerk of probate court. This should be done as soon as possible after the death of the testator (the individual who executed the will). If the court has already made a grant of probate to the executor of the will, then your claim against it becomes more difficult, although not impossible.

File a petition in probate court to commence your action. State your grounds for contesting the will. In British Columbia, this may include improper execution, meaning the will was not properly signed or witnessed. Other grounds include the use of undue influence by one of the will’s beneficiaries, or the incapacity of the testator.

Prepare evidence supporting your allegations against the will. You may be able to prove undue influence through spoken or written testimony by witnesses; incapacity can be proven by medical records and evidence presented by treating physicians. You may prove improper execution through evidence in the will itself; for example, the signatures of the required two witnesses may be missing, or the will may not be in written form. Either circumstance invalidates the will in British Columbia.

Attend the probate hearing scheduled by the court to determine the validity of the will, and present your evidence to the court. If the court decides that the will is valid, you may still apply to have the will varied (changed) under the Wills Variation Act, but only if you are the surviving spouse or a child of any age of the testator. The deadline for such an action is six months from the date the will is admitted to probate. If the court accepts your petition under the Wills Variation Act, it may change the terms of the will

Protect your loved ones. Start My Estate Plan
The Meaning of Denied Probate

How to Contest an Estate Will in Indiana

Indiana law provides for individuals who have legal standing to contest wills, which are statements of a deceased person regarding the distribution of his estate. The process can be complicated by the testimony and evidence provided by other beneficiaries, as well as by the demands for estate taxes and fees by the state. If you intend to contest a will, it is in your best interest to hire an experienced attorney to help you through the process.

Will contests take place in probate court: One of the functions of probate court is to hear any disputes pertaining to the execution of a will. A beneficiary who seeks to contest a will must have verifiable grounds upon which to do so. If a probate court deems the evidence sufficient, it may declare the entire will invalid or merely strike certain provisions.

Alabama courts seek to ensure that a person's estate is distributed according to his wishes. If the will does not ...

Wills can be an effective estate planning tool for distributing property after your death. But, for its terms to be ...