How to Contest a Will in Utah

Wills in Utah pass through the probate process in one of two ways: either formally or informally. The distinction is a matter of an in-court hearing. A more complicated estate that requires a hearing to open or close probate is formal. Probates that dispense with hearings because an estate has limited assets are informal. You cannot challenge formal probate after it is closed. However, if the probate process is informal, you can contest the will up to three years after the decedent’s death. The executor of the will decides whether probate will be formal or informal, according to the website Utah Probate Solutions. 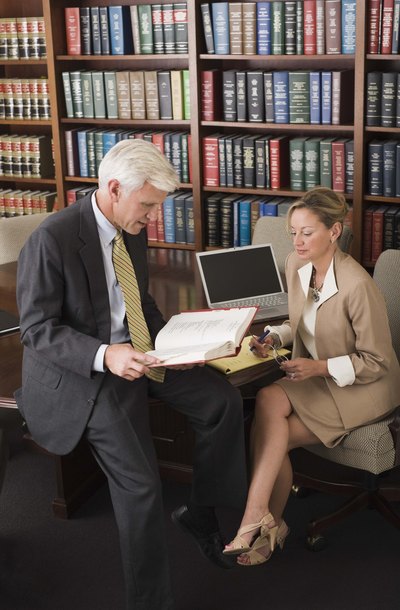 File a petition with the probate court to request a formal testacy proceeding. Under Title 75 Section 3-401 of the Utah Legislative Code, you can either ask the court to set aside an informal probate that has already been closed or you can ask that a probate in process be stopped from closing until you explain your objections to a judge. You must state your reasons for objecting in the petition.

Serve notice to all interested parties that you have filed a petition to either block or reopen probate. Title 75 Section 3-403 of the Utah Legislative Code lists exactly who you must notify, but in general, it includes the decedent’s spouse and children, any more distant relative who would be in line to inherit under Utah’s laws if the decedent had died without a will, everyone named in the will and the executor of the estate. Utah also requires that you publish a notice in a newspaper for anyone with rights to the estate who you may not know about or anyone whose current address you don’t know.

Appear at the testacy hearing when the court assigns a time and place. You might have a great deal to lose if you cannot convince the judge that your objection is reasonable, so even if you have represented yourself up to this point, you should consider hiring an attorney to appear with you in court. For instance, some people put clauses in their wills that if any of their beneficiaries contest and lose, they receive nothing, not even a nominal bequest they might have received otherwise. But under Title 75 Section 2-515 of Utah’s Code, you cannot be punished if you win your contest or have a legitimate reason for objecting. For example, a penalty clause is unenforceable if you are objecting to the will because you have a more recent, valid one in your possession. It is only enforceable if you claim that the decedent was incompetent when he made his will and his estate can prove that he was not.

Protect your loved ones. Start My Estate Plan
AZ Statute of Limitations for Contesting a Will

Under Arizona law, beneficiaries, sometimes referred to as heirs, must be notified as to nearly every transaction related to an estate. When there's a will, the executor is responsible for providing notice to all interested parties. The same is true for the trustee in the context of a trust. If either an executor or trustee fails to notify beneficiaries about transactions or litigation involving the estate, each could be personally liable for any financial harm caused by their failure to follow notification regulations.

How to Request an Inheritance From an Executor

If you are either a named beneficiary or an heir of a deceased person, you are entitled to an inheritance from the deceased's estate. Beneficiaries are given rights to their inheritance because they are mentioned in the will. Heirs are those entitled to inherit usually because of their familial relationship with the deceased. Beneficiaries and heirs rarely have to request their inheritances from the estate executor, but it is always smart to know exactly what you are supposed to inherit, and how to ask for it if you need to.

Responsibilities of the Executor of a Will in Florida

Virtually anyone older than 18 can serve as the executor of a will and estate in Florida, according to the Bryant Law Firm in Miami. The law bars only minors or anyone with a felony conviction. Under Probate Rule of Court 5.030, however, you might be required to hire an attorney to represent you through the process, unless the decedent has not included any beneficiaries in the will.

How to Dispute Estates and Wills

When a person dies, the majority of her property is processed through a judicial proceeding known as probate. During ...

How to File Wills in Colorado

In Colorado, it is possible for a resident to file her own will before her death. After her death, her loved ones need ...

Few things can whip up a family feud like a will that doesn’t meet expectations. Heirs who don’t agree can take their ...

How to Probate a Will in Texas

Depending on the county where a testator, or the person who wrote the will, lived at the time of his death, Texas ...