Contesting the Will of an Estranged Father

Actress Joan Crawford notoriously disinherited two of her children, writing in her will "it is my intention to make no provision herein for my son Christopher or my daughter Christina." The public humiliation led Christina Crawford to write her bestseller “Mommy Dearest,” portraying the actress as an abusive, evil mother. When contesting the will of a “daddy dearest,” options are limited. 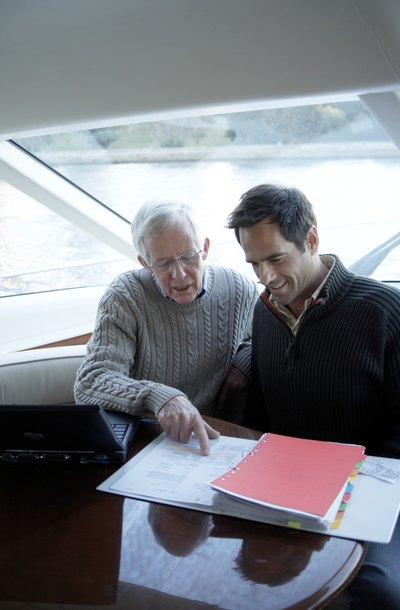 Wills are a matter of state law, and requirements vary depending upon jurisdiction. Generally, children can inherit from their father when they are named in the will or the father dies without a will. In the latter case, state law may allow children of the deceased to inherit. If a father did not want his child to inherit, no matter the reason, including estrangement, courts will usually uphold that wish unless forbidden by state law.

Some states, including California, require a father provide for a minor child with estate assets. Louisiana protects children under age 24 and those physically or mentally incapacitated from disinheritance. Children in Louisiana over age 24 can be disinherited for "just cause," including abusive conduct, conviction of certain crimes or failure to communicate with a parent for two years. Florida’s constitution says a father must leave his residence to a spouse or minor child, if either is alive. Finally, children born after their father executed his will can contest the document, often successfully.

Procedure to Contest a Will

In order to contest a will, the disinherited child must have a direct financial interest that would be hurt if probate of the will goes forward. The child should bring the petition to contest in the probate court handling the father’s estate. The petition must state why the will is not valid citing specific facts, not general conclusions. Lastly, notice must be given to all interested parties.

Grounds to Contest a Will

Successfully contesting a will is usually difficult. Generally, a child must show one of four conditions exist. Maybe the will was not property executed. Most states require two witnesses. Perhaps the father was not competent when he signed the will. Medical records and doctor testimony can show mental disease. Duress or undue influence is another method to challenge a will. For example, a nurse threatens to withhold care unless she is made a beneficiary in the patient’s will. Then there’s fraud. Perhaps someone tricked the father into signing a will.

Since wills are a matter of state law, deadlines vary between jurisdictions. For example, in Florida, a person desiring to contest a will may have as little as three months to act. In Illinois, it’s six months. In Mississippi, a person can have as long as two years after a will is admitted to probate to contest the document.

Protect your loved ones. Start My Estate Plan
How Long After a Will Is Settled Do You Have to Contest?

By establishing a will, you can avoid administration of your estate under California intestate succession laws. However, merely writing a will is not sufficient for the state to recognize your wishes -- your will must comply with the guidelines defined by the California Probate Code for the state to acknowledge its validity. While a will that overlooks only one requirement may still uphold in court, you risk the court putting aside your entire will if you fail to comply with these guidelines.

In order to contest a will, you generally have to have "standing," or be what is known in some states as an "interested party," according to FindLaw. An interested party is one who has something to lose or gain from challenging the will. Reasons to challenge a will may include that the deceased person didn't have capacity to make a will, undue influence, fraud and mistakes, according to the American Bar Association. Children of deceased parents who have standing may challenge the parent's will.

Laws About Inheritance at a Father's Death in Georgia

Title 53 of the Georgia Code governs the administration of wills, estates and trusts. This code also covers the laws of ...

Alabama courts seek to ensure that a person's estate is distributed according to his wishes. If the will does not ...