Habitual dependence on drugs or alcohol can call into question a person's ability to make good decisions, as well as the safety of his or her home environment. If the addicted individual is also a parent, the welfare of any child under that parent's supervision may be at risk. Although specific laws pertaining to substance abuse can vary between states, all custody decisions must be shown promote the best interests of the child. Knowing how evidence of continuous addiction may affect parental rights in your case will help remove some of the confusion in the custody process. 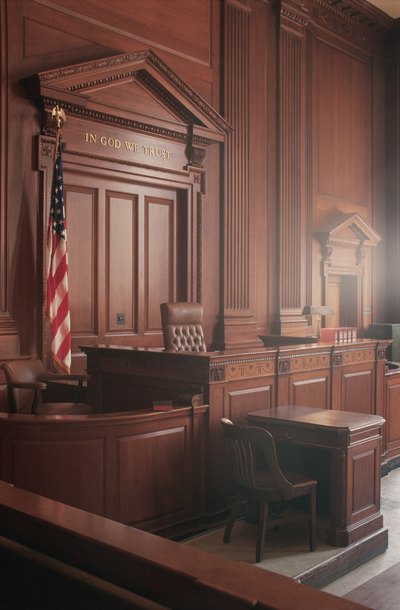 Although each jurisdiction has its own set of factors that a judge may consider in custody determinations, the best interests of the child always takes precedence over the interests of the parents. This means that although frequent and continuing contact with both parents is preferred, the child's safety, welfare and other needs may outweigh the benefits of a shared parenting arrangement. In making each custody decision, the court in most states must look at two components of custody, the legal side and the physical side. Legal custody is the authority to make major decisions for the child, including those related to education and religious affiliation. Physical custody refers to where the child sleeps, and necessarily takes into account the home environments of each parent.

Proof of continuous addiction can be a red flag to the court that a parent is not in a position to promote the best interests of the child. This principle is based on the assumption that a parent who is making poor personal decisions will also make poor decision for a child. It also assumes that illegal activity is present in the parent's home, making it an unsafe environment for the child. For this reason, some states presume that awarding legal custody to a substance-abusing parent is not in a child's best interest, and that limitations should be placed on physical custody, such as contact only through supervised visits. To overcome the presumption, a party must offer strong evidence that, despite the addiction, she is nonetheless able to act effectively in the best interests of the child when it comes to parenting and protecting the child.

Due to the seriousness of addiction and its potential effect on a custody decision, courts generally require more evidence to establish current abuse than bare allegations from the other parent. While drug testing can be an important investigative tool in the process, there are privacy and other constitutional concerns that come into play if a parent does not consent to the testing. For that reason, some states require that a "preponderance of evidence" be presented that establishes dependence before any drug testing may be ordered. This means that a party must first demonstrate that more likely than not the other parent is regularly using drugs or alcohol. The evidence could be in the form of documents of recent convictions, but might also include witness testimony, phone messages or video recordings.

If a parent has been denied custody due to continuous addiction, that parent may be able to get back some rights in the future. Most states allow custody orders to be modified in cases where a change in circumstances has occurred since the issuance of the original order. If a parent can demonstrate a sufficient pattern of rehabilitation, such as completion of counseling, no further arrests, and clean drug tests, the court may be persuaded that a change of circumstance has occurred and conclude that it is in the best interests of the child to modify custody in favor of that parent. At the same time, if it can be demonstrated that a parent has either become addicted or the addiction has worsened since the original order, this evidence may be used as grounds for modifying custody to limit or remove that parent's rights.

Is It Legal to Request a Parent's Phone Records in a Custody Battle?

A request to produce your phone or text message records is not uncommon during a custody battle in today’s technology-driven society. However, not all records will be admissible against you during a child custody trial. Issues pertaining to privilege, relevance and admissibility determine whether the other parent can legally obtain your phone records and, if so, whether those documents may be used against you.

A parent's illegal drug use can factor into custody and visitation determinations in Georgia. The degree to which a ...