How to Convert an S Corporation 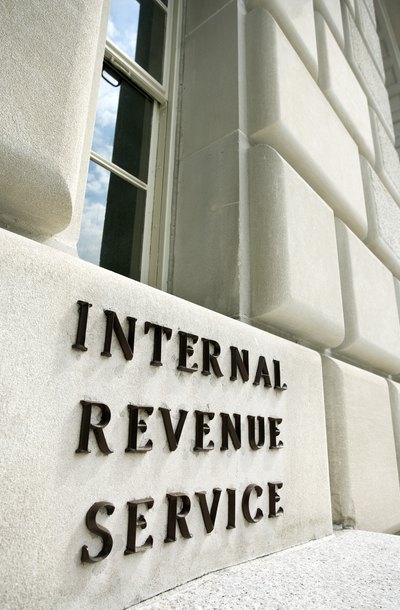 Determine the tax consequences of the revocation of your S corporation election. If your company is organized as a corporation, revocation of your election will result in double taxation -- once at the corporate level, and once when income is distributed to shareholders through dividends. If it is organized as an LLC, revocation means that shareholders will have to pay self-employment tax, equivalent to FICA tax, on their shares of LLC income.

Obtain a shareholders resolution approving the revocation of S corporation status. Shareholders representing more than one-half of the company's issued and outstanding shares must approve the resolution.

Send a letter to the IRS requesting revocation of your company's S corporation status. Have the shareholders who approved the resolution sign the letter. The IRS does not require that a revocation letter be prepared in any particular format.

File company federal income tax returns as a C corporation, using Form 1120, or as an LLC, using Form 1065 and Schedule K-1 for LLCs with more than one shareholder, and Form 1040 for single-shareholder LLCs; pay taxes accordingly. If the revocation letter is postmarked by the 15th day of the third month of the company's tax year -- March 15 for companies that use a calendar tax year -- the revocation becomes effective the tax year that the letter is sent. Otherwise, it doesn't become effective until the following tax year.

File state tax returns according to your state's post-revocation tax treatment of your company.

Ready to start your LLC? Start an LLC Online Now
What Are All the IRS Filings for an S Corp?

When Can I Revoke an Election in an S Corporation?

An S corporation is a business entity that has applied to the IRS for a special tax status. In exchange for complying with certain restrictions, the S-corp does not pay taxes. Instead, the corporate shareholders divide the business’s profits based on the stock each owns and include the income on their personal returns. The business can choose to revoke the election, but the shareholders must follow IRS rules and procedures to do so.

Can You Fill Out a 2553 Before the Articles of Incorporation?

A business entity that wishes to become an S corporation must file Form 2553 with the IRS. However, before a business ...

What Forms Do I Need to File for an S Corp?

An incorporated business is automatically designated by the Internal Revenue Service as a C corporation for income tax ...

How to Close an S Corp With the IRS

An election with the IRS to have your corporation taxed as an S corporation can provide tax advantages over a C ...