Is a Copy of a Will Legal?

A copy of a will is sometimes legal, but generally only after court proceedings establish it to be a true reproduction of the original and under circumstances where the original is lost. If an original exists, the copy has no bearing at all except to advise interested parties of the will’s existence and its entry into probate. In the absolute absence of an original will, most state courts have alternate rules for admitting a copy into probate. 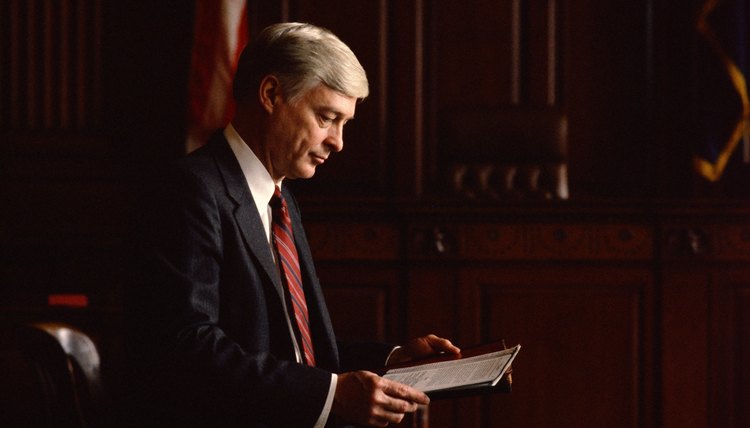 Most state laws assume that if there is no original of a will, the testator, or the person who made it, tore it up or otherwise destroyed it. This is a legal way of revoking a will in most states. Ideally, someone witnessed the testator doing this. If no one saw it happen and an original will cannot be produced for probate after the testator’s death, the law in most states considers it a “rebuttable presumption” that the will was revoked, even if there is a copy. A rebuttable presumption is considered fact unless someone can prove to the court otherwise. A hearing is generally required.

Acceptable proof that the original will was not revoked varies from state to state. The court will probably expect you to prove that the signature on the will is the deceased’s. You might have to call the witnesses to the will to testify that they were there at the signing and that they were never called on again to sign a new will, as well as other credible witnesses to attest that the deceased never indicated to them that he was revoking the original will. In the end, it will come down to the opinion of a judge or jury whether or not the copy is accepted and entered into probate.

If Legitimacy Can’t Be Proved

The worst-case scenario is that you have only a copy of the will and no way of proving to the court that the testator did not destroy the original. In this case, most states treat the probate process as though the deceased died without leaving a will, called intestate, and the state’s intestacy laws take over. This is a statutory list of succession by relatives of a deceased’s estate, generally beginning with spouses and children, then proceeding to parents, siblings and grandparents until a living relative is found.

Protect your loved ones. Start My Estate Plan
What do You Do if You Can't Find a Will for a Deceased Relative?

Why Do People Contest Wills?

According to the Legal Awareness Series, Inc., people contest wills more often than any other document, despite the difficulty of winning a will contest. If the terms of a will are completely at odds with what you think the deceased would have wanted, it might be worthwhile to challenge it. Anyone who contests a will has to have legal standing, meaning that they are a beneficiary listed in the will, or should have been. The time limits and court rules for doing this vary from state to state, but as a general rule, you might not have a lot of time.

Can More Than Two Wills Be Probated?

Very few people intentionally leave two wills. If two separate wills are offered for probate, the court generally tries to recreate through proof the circumstances that led to two wills existing; then it decides which will to accept as valid. Several factors can impact this decision.

The Format for a Legal Will

While probate laws defining the format for a valid will vary from state to state, most states acknowledge at least two different types of wills as valid. All states recognize the written will -- the most common format -- which is signed by the testator and two additional witnesses. However, technology and creativity makes way for newer formats, especially when the testator does not have access to the materials needed to execute a traditional will, and state law has evolved to recognize other, less common formats. It is important to note that, with the exception of the written will, not every state recognizes all formats as valid. Testators should always review their residential state’s probate code to determine what formats are acceptable before establishing a final will.

A probate estate is administered by a “personal representative,” which is a term that includes both executors and ...

Is a Written Last Will & Testament a Legal Document?

A written last will and testament is a legal document, and will be accepted by a probate court as long as it meets all ...

"He said, she said" can typify arguments between embattled spouses, where each accuses the other of communications the ...