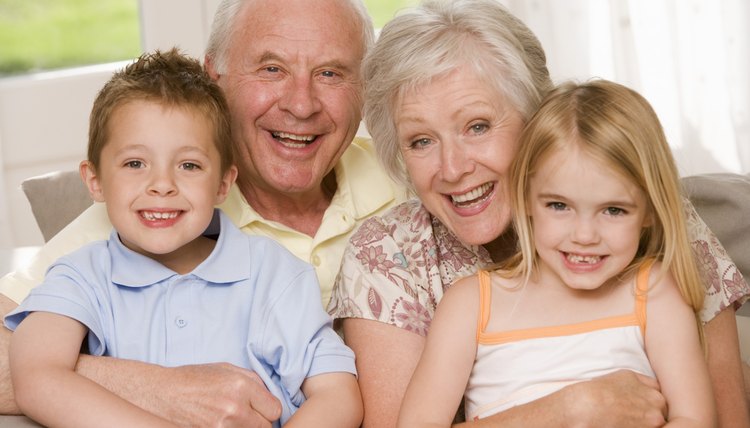 In some jurisdictions, state legislatures have yet to address the issue of grandparent custody rights, which means it’s up to the courts to decide. Alaska, for example, has no laws that establish legal custody rights for grandparents. Instead, the Alaska Supreme Court applies the same principles to grandparent custody cases that it does to all cases in that a parent is always given preference over a nonparent. As a result, grandparents can only obtain custody of their grandchildren when they are able to convince the court the parent is unfit to have custody or the children's welfare is in danger because of a parent.

A state court may evaluate custody rights using similar concepts as Alaska, but there are jurisdictions, such as Arizona, that will then look to the relationship between the grandparent and grandchild to discern if granting custody to a grandparent is in the best interest of the child. Arizona statutes include a provision that uses the concept of “Loco Parentis” to decide custody issues. This means that if a grandparent were to seek custody of her grandchildren in Arizona, one of the things she must show is that her grandchildren treat her like a parent, meaning she takes on a typical parental role rather than just visiting with them on the holidays. This is only one of many requirements a grandparent needs to satisfy before a court will award her custody; severe circumstances must exist to warrant removal of a child from his parent’s home, or if the parents aren't living, from the home of the child's current guardian.

There are states that provide grandparents partial custody of their grandchildren, meaning they can obtain some, but not all, of the legal rights that are typically held by parents. Texas provides a good example of this custody alternative with its managing conservatorship laws. Managing conservatorship provides a grandparent with certain authority to make decisions related to a grandchild’s upbringing. However, Texas requires that a grandparent have actual care, control and possession over his grandchild for at least six months; the end of the six-month period must be within 90 days from the date the court intervenes. Alternatively, a grandparent can seek custody of his grandchild with the consent of the child's parents or if he's able to show the child’s welfare is in danger.

Divorce is never easy, but we can help. Learn More
How Is Child Custody Decided In Divorce?

Can Child Support Be Stopped if a Child Is Not Living With a Parent?

Generally, a parent who does not have primary custody of his child will pay support to the parent who does. However, sometimes children spend more overnights with their noncustodial parent. This requires modification of the existing custody order to reflect the actual custody arrangement. After that happens, the court can recalculate child support, or even eliminate it, if there is only one child and that child went to live with the parent who formerly did not have custody.

Does a Father Have Rights Even if the Will Gives Guardianship to the Grandparents?

Fathers’ rights almost always trump grandparents’ rights, regardless of what the custodial parent’s will says. Although there are exceptions to the rule, a surviving parent has an automatic right to custody when the other parent dies. This right prevails unless he waives it, or the nominated guardians can present a compelling reason why his child should live with them instead.

What Constitutes Legal Child Abandonment for Custody in North Carolina?

It may be hard to imagine a parent voluntarily walking away from his child, but it sometimes happens. North Carolina’s ...

In an effort to provide family court judges with clearer guidelines when making custody decisions, Pennsylvania made a ...