What Is a Deed of Trust With Assignment of Rents?

Some states refer to a voluntary lien against real property in exchange for money as a mortgage, while others refer to it as a deed of trust. Both mortgages and deeds of trust may incorporate an assignment of rents and leases that allows the lender to collect rent money held by,or due to, the property owner by tenants once the owner defaults or fails to make payments. An assignment of rents and leases may also be recorded as a separate document. 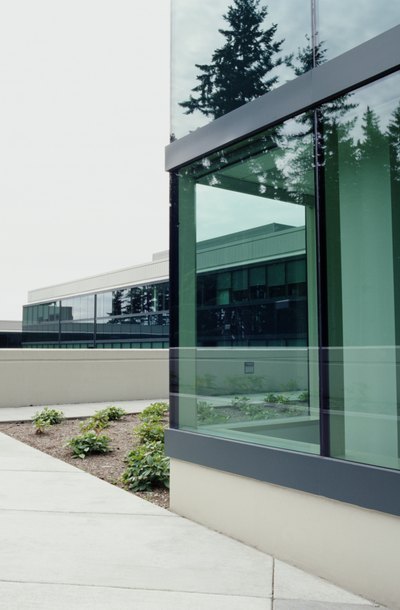 In a collateral assignment, the borrower is generally considered to retain ownership of the rents until the lender takes action to enforce the assignment or gains possession of the property through foreclosure. One concern for the lender in this instance is that, in a judgement, other creditors will take priority, causing the lender to lose its security interest in the rent.

Under an absolute assignment, if a borrower defaults on the deed of trust, the lender may request appointment of a receiver to collect the rents until foreclosure of the deed of trust or a determination of ownership of rents by a court of law. This prevents the borrower’s disposing of rent money due the lender, pending foreclosure. Under a collateral interest, however, some bankruptcy courts have held that the rents belong to the borrower until title to the real estate merges with the right to collect rents. If this is the case, and the borrower continues to operate as a debtor-in-possession of the property under bankruptcy, the lender may not be entitled to receive any rent money unless or until the bankruptcy court allows foreclosure of the property.

Due to the inconsistency in interpretation of state law pertaining to assignment of rents and leases, some states have adopted a Uniform Assignment of Rents Act that better clarifies how rent monies will be handled in the event of default under the deed of trust and loan documents. The uniform act generally strengthens the lender’s position by recognizing his interest in rent money pending foreclosure and bankruptcy proceedings.

Protect your loved ones. Start My Estate Plan
What is an Assignment of Trust Deed?

Can a Bankruptcy Judge Void a Mortgage?

Under some circumstances, a bankruptcy court may not only delay or stop a foreclosure process, but actually declare a mortgage to be void, relieving the debtor of the obligation to continue making any mortgage payments. Bankruptcy courts can eliminate or reduce the amount you own on second mortgages in some bankruptcies through a process called lien stripping, and void a first mortgage if it has particular types of legal defects.

A creditor, who has lost patience with a debtor, may bring in a debt collector to assist him in collecting the money due. Debt collectors have a legal right to contact a debtor or an agent for the debtor acting under a financial power of attorney. Once the debtor dies, however, both these options are foreclosed.

How to Remove a Lien After Chapter 13 Discharge in Florida

Floridians who wish to hold on to valuable assets, such as the family home, often choose to file for Chapter 13 bankruptcy when they find themselves drowning in debt. They get to keep their property while paying some or all of their debt over an extended period of time. If a property has multiple liens on it, Chapter 13 can even strip these liens from the property. As long as a debtor successfully completes his payment plan, creditors typically release the liens automatically when the bankruptcy is discharged.

What Is the Difference Between Warranty Deed & Trustee Deed?

A deed is the formal document used to transfer ownership of real estate from one person to another. Different types of ...

What Is a Divorce Lien?

Married couples often buy property jointly. In the case of real estate, this gives both spouses an ownership claim ...

Can You Refuse to Reaffirm a Second Mortgage During Bankruptcy?

Although you've filed for bankruptcy, it is still possible to keep your home despite having a second mortgage on the ...

If you are renting an apartment and filing for Chapter 7 bankruptcy, you will have to make an important decision ...