If you can’t reach an agreement with your spouse regarding how to end your marriage, your divorce is contested. Contested means that you’re in a position where you must let a judge decide one or more issues between you because you can’t do it on your own. However, a contested divorce is not necessarily an absolute and permanent condition. Many divorces begin as contested matters but never go to trial because spouses settle and eventually reach an agreement. 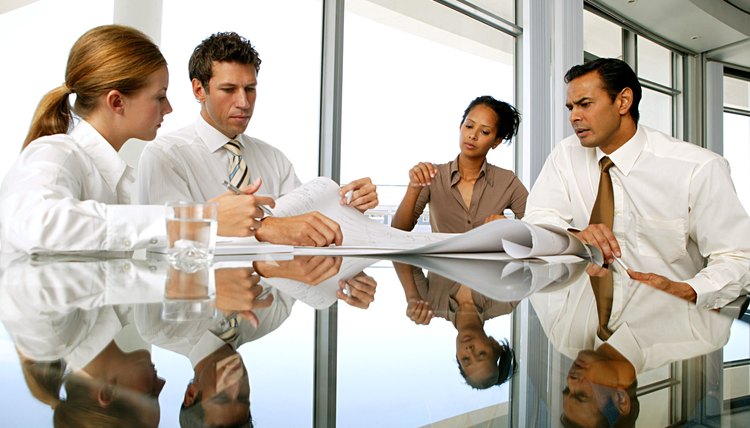 Occasionally, a spouse will contest a divorce because he doesn’t want a divorce at all. In this case, he has the option of contesting the grounds his spouse filed on. If she says they lived separately for 18 months, he can file a counterclaim to her complaint, stating that they were intimate or reconciled at some point during that time. If she files on a fault ground, he can deny that her allegations occurred. Even if a spouse files on no-fault grounds, stating that the marriage is irretrievably broken, her partner can contest this if he doesn't want a divorce. Many states, such as Florida, will temporarily put the divorce proceedings on hold and order counseling. If the filing spouse still wants a divorce after counseling, the court will most likely allow her to proceed. Even if the court denies the divorce, no law can force a spouse to continue living with a partner she no longer wants to be with. She can file for divorce repeatedly until the court upholds one of the grounds she's filed on.

Generally, the contest in a divorce revolves around the issues, or the relief one spouse is seeking, not the divorce itself. Spouses may be unable to agree on settlement factors such as child support, alimony, visitation or property. In this case, a trial would only involve those issues spouses can’t agree on. They might stipulate, or agree, to other issues. For example, they might stipulate to a property division but require the court to determine custody. In this instance, the divorce would still be contested.

When spouses require a court to decide any issues between them, it usually increases the cost of their divorce. If they can’t settle, they must generally pay additional and sometimes significant attorneys' fees as their lawyers prepare for and attend trial. In some cases, this might negate the value of “winning.” For example, if the marital home is at stake and has only $30,000 in equity to be assigned to one spouse or the other, and if each spouse spends $35,000 fighting it out, the winner doesn’t actually get anything at all, except possibly some emotional gratification. If you add in the stress and emotional trauma of a trial, it can be a lose/lose situation.

It’s not uncommon for a divorce to remain contested right up until the judge delivers his decision in a trial. Spouses can settle mid-trial; after they begin a contested proceeding, no law requires them to see it through to conclusion if they can reach an agreement on the issues. Most reputable attorneys will attempt to reach a settlement through the entire contested divorce process.

Michigan is a true no-fault divorce state; you cannot receive a divorce on any other grounds. There aren't any fault options available. This makes filing for divorce relatively simple and contesting the divorce, itself, virtually impossible. However, in some cases, the court can still address a spouse's misconduct.

Divorce is an emotionally charged process that often brings out the worst in people -- they may find themselves fighting for their lives, their livelihoods and their children. Sometimes anger and frustration with the legal system can spill over and cause them to go overboard. Vexatious litigation -- sometimes called frivolous or egregious litigation -- may be the result. Courts don't take kindly to it.

In New York, just as in other states, the time required to get a divorce depends much more on whether you and your spouse can reach an agreement than on your grounds. This isn't to say that your grounds for divorce won't affect the timeline, however. If you file for divorce on grounds of adultery, it will probably necessitate a trial, so your divorce will take longer.

How Long Does an Uncontested Divorce Take?

Uncontested divorce is an often misunderstood concept of law. By definition, it simply means that you and your spouse ...

Spouses involved in unhappy or intolerable marriages often wish they could turn back time and undo their mistakes. In ...