Define a No Fault Divorce

All states now recognize no-fault divorce, but there are different kinds of no-fault grounds. Divorcing this way in Maryland isn't quite as easy as it is in California. The commonality among all jurisdictions is that no-fault means you don't have to point an accusatory finger at your spouse or prove that he did anything wrong in order to be granted a divorce. 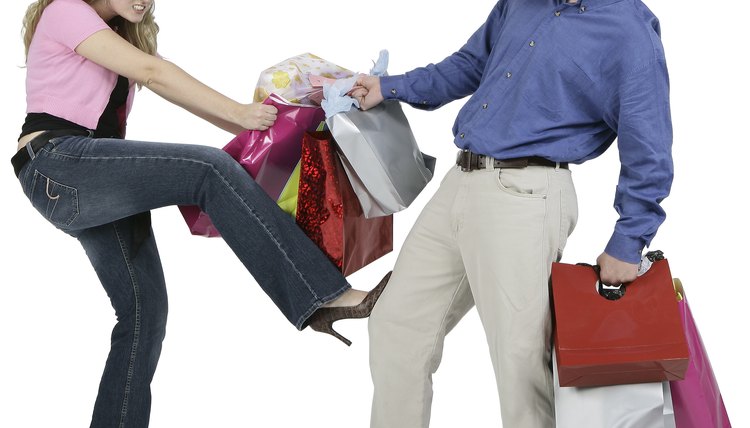 We Just Don't Get Along

Most states only require that you tell the court in your petition or complaint that you and your spouse are incompatible. Some states hang fancy terms on this concept – in New York, your marriage is "irretrievably broken," whereas in Illinois, you and your spouse have "irreconcilable differences." By any name, you just don't want to be married anymore, and this is usually good enough for the court to end your marriage.

In some states, no-fault divorce is more complicated. For example, in Maryland and North Carolina, you must demonstrate that your marriage is over by living apart for a full year before you can file. In Illinois, you can say you've got irreconcilable differences, but you must still live separately for a while as well.

Most states also recognize some fault grounds for divorce, but 15 do not -- including California and Florida. In these jurisdictions, you have no choice but to file for divorce on blameless grounds.

Divorce is never easy, but we can help. Learn More
Rules About Wills

Most Illinois couples who decide to part ways use the state’s irreconcilable differences ground for divorce. Although this is not technically a no-fault rule, it is the closest thing to it that Illinois offers. If you file divorce papers on grounds of irreconcilable differences, you don’t have to accuse your spouse of fault or of doing anything wrong in order to obtain a legal end to your marriage.

Can a Divorce Be Stopped in Florida If the Papers Have Been Filed?

Contrary to popular belief, you can’t annul your marriage just because it was fleeting in duration. Each state’s ...

How to Get a Divorce if Your Marriage Was Never Valid

If your marriage is a sham, you have two options for ending it. One’s difficult and the other may not be so hard, but ...

Responding to a Summons & Complaint Divorce in Texas

A complaint for divorce is called a petition in Texas, while a summons is called a citation. The state's rules for ...