In launching a new business, one of the most important decisions you must make is the legal structure your new company will take. Each structure has its advantages and drawbacks. However, companies that operate on the global market share a common legal structure -- they are incorporated. Consult with an attorney who specializes in business law with specific questions about forming a company. 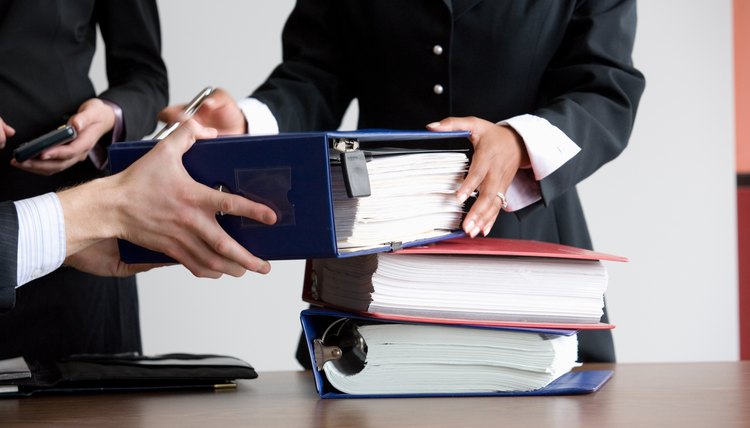 Corporations are considered to be separate entities, legally and financially, from their owners, officers and stockholders. In the eyes of the law, a corporation has similar status as an adult who is mentally competent and who has reached majority age, that is, someone considered to be an adult in a specific jurisdiction. This means that the personal assets of the founder of a corporation are not vulnerable to loss due to the activities of the corporation. A corporation may sue and be sued, and may own property.

Because a corporation has separate legal status, the Internal Revenue Service requires a corporation to file a separate federal tax return and pay taxes on its earnings. Stockholders must also include earnings from dividends, which come out of those earnings, on their personal income tax returns. This phenomenon is called "double taxation" because the earnings of a corporation are essentially subject to taxation twice. However the founder, who may also be an officer and a stockholder, is not liable for self-employment tax, that is, the full burden of paying Social Security and Medicare taxes, as she would be if she had formed a sole proprietorship.

Ready to incorporate your business? Get Started Now
What Are the Benefits of a S Corp Vs. an LLC?

What Are the Tax Advantages of LLCs?

A limited liability company, or LLC, is a business entity that has the advantage of offering personal liability protection for its members: LLC members cannot be held personally liable for the debts or obligations of the company. LLCs are also attractive to new business owners because LLCs enjoy many tax advantages as compared to other entities such as corporations and partnerships.

How Does a Person Become Incorporated?

A corporation is an independent legal entity owned by shareholders, and may be incorporated by an individual. The shareholders are not personally liable for the corporation, which will continue to exist even if the shareholders change or pass away. State law regulates the formation of corporations and varies by state; however, there are some similarities.

The Differences Between Transnational & Conglomerate Corporations

How to Convert to S Corp From Sole Proprietor

A business that operates as a corporation generally drafts bylaws – a document that governs all aspects of the company. ...

Business owners have several options from which to choose when selecting a structure for their business. A sole ...