Couples sometimes opt for legal separation rather than divorce because of religious beliefs held by one or both spouses. Other couples choose legal separation to allow one spouse to retain health insurance coverage under the other spouse's policy. Many couples hold the mistaken belief that because they have lived apart for years or even decades, they are legally separated. However, in a state like Iowa that recognizes legal separation, unless a petition has been filed, this is not the case. Couples may file for legal separation independently, with legal advice or by using resources available from online legal documentation providers. 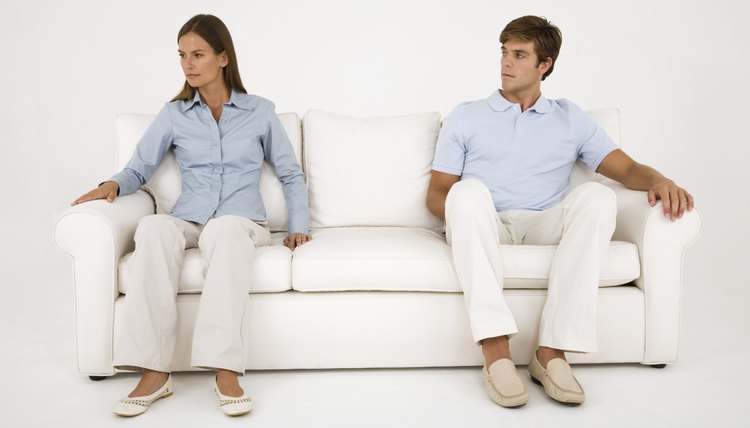 A legal separation allows couples to live apart from one another with many of the rights and obligations of divorce, including spousal maintenance, child custody and child support, and the legal division of marital property. However, in the eyes of the law, the couple is still married, which means that neither spouse is free to marry anyone else. In the 21st century, legal separation is much less common than in the past, when few states allowed no-fault divorce, and there was significant social stigma associated with divorce.

Iowa is an "equitable distribution" state, which means that all property possessed by both spouses, except for inheritances and gifts, is divided between spouses in the event of a legal separation or divorce. This is true whether the property involved was acquired before or during the marriage. Among the elements included in a legal separation agreement are whether one spouse retains possession of the family home, custody and support for minor children, allocation of debts and spousal support payments.

Divorce is never easy, but we can help. Learn More
Examples of Grounds for Divorce

Divorce Laws in Virginia for People Married Over Five Years

Whether spouses are married for five years or 30 years, Virginia's divorce laws are the same. The laws set forth who is eligible for a divorce in Virginia, the grounds for divorce, the procedure for dividing marital assets and the eligibility for spousal support. The duration of a marriage is really only considered when a court is determining the amount and duration of spousal support.

When filing for divorce, states generally require the divorcing couple name the grounds under which they are bringing their divorce case. Irreconcilable differences is one of those possible grounds. Divorce laws are created on a state-by-state basis, however. Thus, it is not possible to file for divorce on the grounds of irreconcilable differences in every United Sates jurisdiction.

Although Maryland technically recognizes no-fault divorce, Maryland's laws are not as progressive as some other states'. Even with legislation updated in October 2011, living together while you wait for your no-fault divorce to conclude is almost impossible under Maryland's laws. However, you may have other options if it’s just not feasible for you or your spouse to relocate to another residence.

Cohabitation -- individuals living together outside marriage -- is a growing trend in America. According to the U.S. ...

New Hampshire offers both divorce and legal separation for couples who can no longer stay together. In either case, ...

Philippine law doesn't allow divorces, however, it does allow for legal separation, annulment and marriage "voids" ...