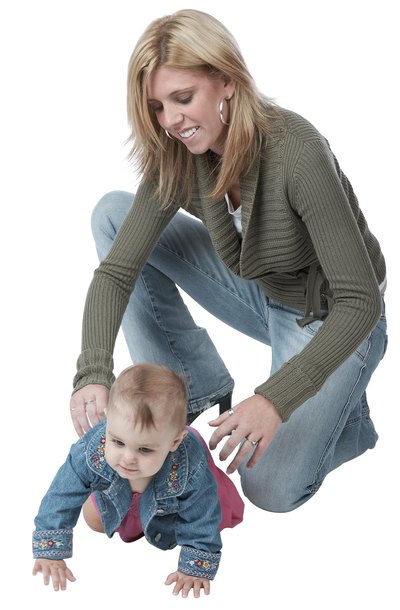 Typically, a custodial parent who receives public assistance or gets help from Temporary Assistance for Needy Families must use the state's child support collection unit to get child support from the other parent. Federal law allows the state to seek reimbursement from funds the custodial parent receives from child support payments. As a result, payments, interest and any back support are assigned to the state; the state collects these funds until the assistance the parent has received is paid back in full. If more money is collected than owed, the parent receives the difference.

Federal Guidelines on the Collection of Child Support Arrears

In 1975 Congress passed the Child Support Enforcement and Paternity Establishment Program, or CSE, in response to increasing enrollment in federal welfare programs of children of separated parents. The Federal Office of Child Support Enforcement of the U.S. Department of Health and Human Services was established by the CSE to provide assistance to state and local law enforcement and social services agencies in creating and operating their child support enforcement programs. If administrative and local enforcement efforts are insufficient in aiding the collection of child support, the Deadbeat Parents Punishment Act of 1998, or DPPA, provides for federal criminal prosecution of the most severely delinquent child support violators.

If you have a child support order under California law, you have the right to have the order enforced through tax ...

How to Request Arrears for Child Support in Texas

Parents in Texas have several options to ensure they receive the financial support they need to raise their children ...

The state of Tennessee provides for child support payments in cases where couples with minor children are divorcing. ...

Child support is the financial assistance paid by one parent to the parent with primary custody of the children after ...