Difference Between a Final Divorce Decree & a Settlement Agreement

When getting a divorce, spouses deal with the emotions involved with feelings that may range from sadness, anger and disillusionment to resignation and acceptance. They deal with the day-to-day needs of any children involved as well as the physical movement of property from one location to another. The court will require the spouses to convert those feelings, emotions and decisions to black and white in the form of a settlement agreement or the court will decide the terms of their divorce by decree after hearing the issues. 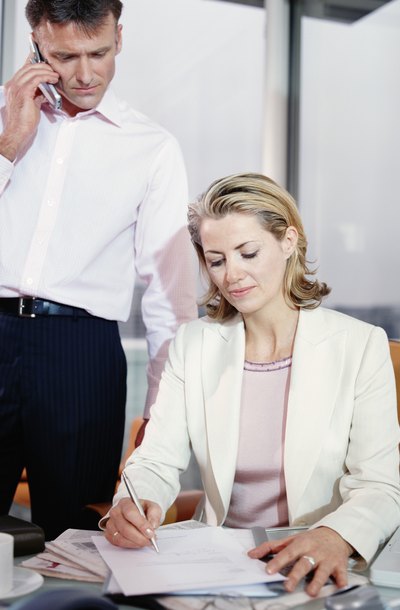 A contested divorce, however, takes place when a husband and wife can’t or won’t agree to a division of their property, custody of children, visitation arrangements or any other matter at hand. Many states have passed mandatory mediation laws where spouses are strongly encouraged to reach an agreement before taking their divorce issues before the court. However, when there is no settlement agreement as may be the case in a toxic or abusive situation, a final decree signed by the judge will determine the disposition of the assets and issues surrounding children of the parties. Before a decree is entered by the court, however, one or more hearings will generally be conducted giving each side an opportunity to present evidence for the court’s consideration. The final decree, when rendered, generally resolves all outstanding issues of the parties and grants them a divorce effective as of the date of its signing.

After a settlement agreement is reached and a divorce finalized, circumstances may change that prompt the parties to amend their written agreement. They may sign an amendment to their former agreement and file a motion to modify the decree asking the court to approve the changes. On the other hand, if one or both parties disagree with a court’s ruling absent an agreement, they may ask the court to reconsider or appeal to a higher court during the statutory time for filing an appeal. Not filing an appeal during this time, however, doesn’t generally bar either party from filing an action in the future to amend or modify the divorce decree due to a material change of circumstances, such as an increase or decrease in income. Further, a contested divorce may be amended by a court-approved settlement agreement even though the court may have decided the issues by final decree initially.

Divorce is never easy, but we can help. Learn More
Modified Judgment of Divorce in Michigan

Ending a marriage involves terminating a personal relationship as well as a legal one. To obtain a legal divorce, one spouse must file paperwork with the court where he resides requesting the dissolution of the marriage. This can be done with or without the involvement of the other spouse. Depending on the kind of divorce, the final divorce decree will either be signed by one or both parties.

How Long After a Divorce Can You Remarry in West Virgina?

West Virginia does not impose a waiting period after divorce before an ex-spouse can remarry. You can obtain a marriage license without establishing that you are divorced -- or divorced for any particular length of time. However, you should consider waiting at least 30 days before remarrying because your ex-spouse could file motions with the court, or appeal the divorce, so the divorce would not be final.

When spouses not only agree to be divorced, but also on the reason for the divorce and terms of the divorce, they can ...

What to Expect at ERC for an Arizona Divorce

In Arizona, many couples avoid the cost and uncertainty of going to trial to obtain a divorce by attending an Early ...

During the divorce process, the court and individual spouses’ attorneys ask both parties to sign agreements, petitions ...

While you're married, you can do what you like with your money and your children, as long as you don't break any laws. ...