A power of attorney authorizes another person, referred to as your attorney-in-fact, to act for you, the principal, when you are unable, unwilling or incapable of acting on your own. The power can apply to a particular transaction or under a widespread host of circumstances. The type of power of attorney you execute will govern the types of transactions covered by it and often the time period during which it may be used. 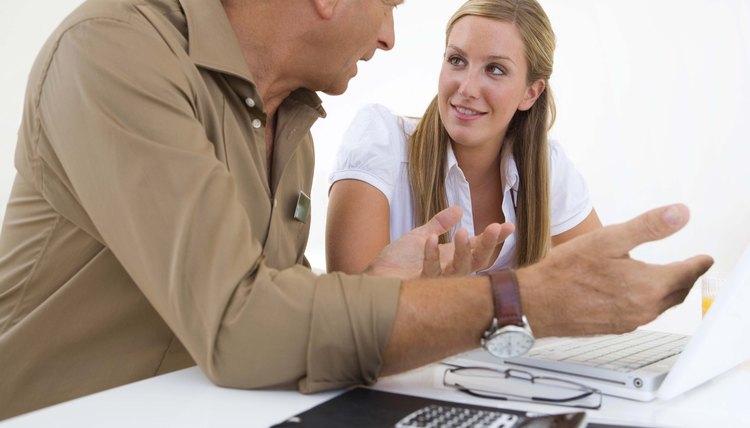 A limited power of attorney contains language that authorizes one or a few acts, often related to a specific event. For instance, if you are out of town frequently and have a vehicle for sale, you may appoint a trusted friend or family member as your attorney-in-fact to execute the bill of sale and vehicle title. A general power of attorney, on the other hand, covers a wide spectrum of acts that an attorney-in-fact may perform on a principal’s behalf and is often practically unlimited in nature.

A general power of attorney may make a broad statement regarding real estate transactions, whereas a limited one will be more specific. A general power of attorney may allow your attorney-in-fact to deal with any or all of your real property by selling, leasing or mortgaging it on your behalf. A limited specific power of attorney, however, must describe the action to be performed -- such as signing a mortgage or deed -- and must describe the particular parcel of real estate involved, usually with the legal description.

A limited power of attorney may also establish an expiration date after which time your attorney-in-fact may no longer act for you. The powers granted may be few or many, limited only by the date stated in the document.

Ready to appoint a power of attorney? Get Started Now
How to Transfer a Title With a Power of Attorney

What Should Be in a Power of Attorney?

Guidelines for Assuming Power of Attorney

Becoming an agent through a power of attorney is an important undertaking since it involves managing the affairs of another person. Several considerations must be taken into account by the principal when drafting a POA and limiting the actions an agent may take, including designating the triggering event for when the agent takes over the principal's affairs, the breadth of the agent's authority, and under what circumstances the agent's powers terminate.

When forming a new business, it is important to select an appropriate business structure. You may consider a number of factors, such as the length of the business venture, the nature of the business and the level of involvement by the investors. Partnerships are a common option because they are relatively simple to set up and allow for a variety of management structures. A partnership may be formed as a general partnership, limited partnership or limited liability partnership.

Many people may need to use a power of attorney at some time during their lives, either for a limited time or for an ...

A power of attorney (POA) legally assigns authority to an agent to act on your behalf in matters that you specify ...

Generally, a power of attorney document gives authority to another person, known as your agent or attorney-in-fact, to ...

How Long is a Power of Attorney Valid?