Difference Between an LLC & Incorporation

Both incorporations and LLCs are fictitious business entities created under state laws. But the limited liability company, or LLC, is a hybrid that incorporates features of both corporations and partnerships. As such, LLCs have significant similarities with incorporated entities, but also important differences. These differences include how the entities are formed, structured, maintained and taxed. 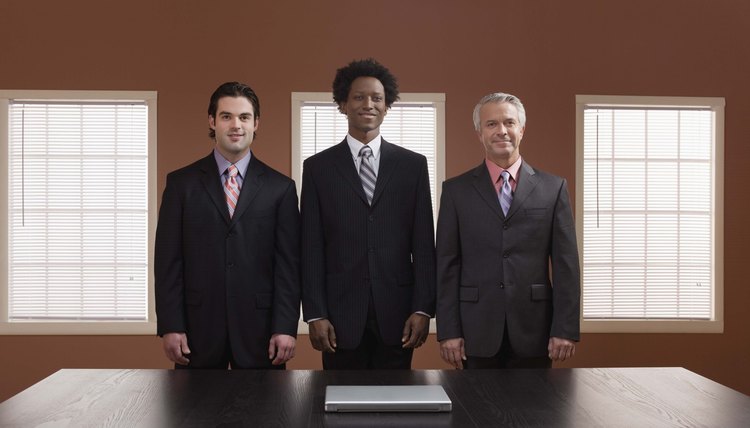 One important difference between and LLC and corporation is the structure of their organizations. A corporation is owned by various shareholders who elect a board of directors that in turn hires executives that actually run the company.This three-tiered structure is a mandatory feature of corporations, says FindLaw. An LLC, on the other hand, is directly owned by members of the company who have direct management rights as contemplated in the Articles of Organization. And, though a member can sell his financial interest in an LLC, he cannot transfer his management rights without the consent of the other members. Unlike a corporation, in which profits must be distributed according to percent of share ownership, the members of an LLC can distribute profits among themselves in any way they see fit.

Another important, though somewhat controversial difference between an LLC and corporation is the level of formality required. Formality refers to the various requirements for stockholder meetings, corporate minutes and directors' meetings. An LLC typically has no such formality requirements. Corporate formalities, however, play an important role in one of the important similarities shared by corporations and LLCs – limited liability. Failure to maintain corporate formalities is a factor considered by courts deciding whether to “pierce the corporate veil” and impose liability on shareholders for the debts of the corporation. According to a client advisory letter from Bernsten Law Firm, failure to undertake certain formalities, such as maintaining separate records for individual and business transactions and separate bank accounts, can result in preventing the limited liability aspect of an LLC from having effect in some states.

Unlike corporations, LLCs have some flexibility in how they are treated for federal tax purposes. The IRS says an LLC can be taxed either as a partnership, a corporation, or, if a single-member LLC, as a disregarded entity, in which case it is treated like a sole proprietorship. If an LLC chooses to be classified as a corporation, it can elect to be treated as an S corporation if it meets certain requirements. The ability to choose these alternative tax classifications means that an LLC can avoid the double taxation of corporations and be taxed directly on the returns of the individual members. Corporations have no such flexibility in their tax treatment.

An S corporation, or S corp, and a limited liability company, or LLC, are two business entities offering liability protection that people often consider when forming a business in Massachusetts. Both of these business structures restrict the owner's liability to the amount of his investment in the company. There are several differences between the two entities, including how they are formed, how they are taxed and how they must be managed.

A limited liability company, or LLC , is a hybrid business entity that includes some features of corporations. For example, both corporations and LLCs provide their owners protection against the debts of the business. There are some crucial differences, however, that should be considered when choosing the best form for your business.

What Does a Limited Liability Company Mean?

A limited liability company, or LLC, is a hybrid business form created by state statute. The LLC combines the corporate feature of limited liability with the flexibility and tax status of a traditional partnership. It is the preferred business form for small business owners who do not intend their business to grow significantly, according to "Entrepreneur" magazine. “Limited liability” means that the LLC’s members do not have personal liability for business decisions or activity conducted on behalf of the LLC.

Members of a limited liability company, or LLC, and the shareholders of a corporation are similar in that they each ...

Why Open an LLC?

Among the many business organization choices facing the start-up entrepreneur stand the limited liability company (LLC) ...