What Does Direct Heir Mean?

In common usage, an heir is a person who is next-in-line to receive something of value, whether it’s a title, office or the throne of the kingdom. The term also describes someone legally eligible to receive tangible legacy in the form of money or land from a deceased ancestor, such as an inheritance. The meaning of direct heir, however, is more narrowly defined and is different from other kinds of heirs. 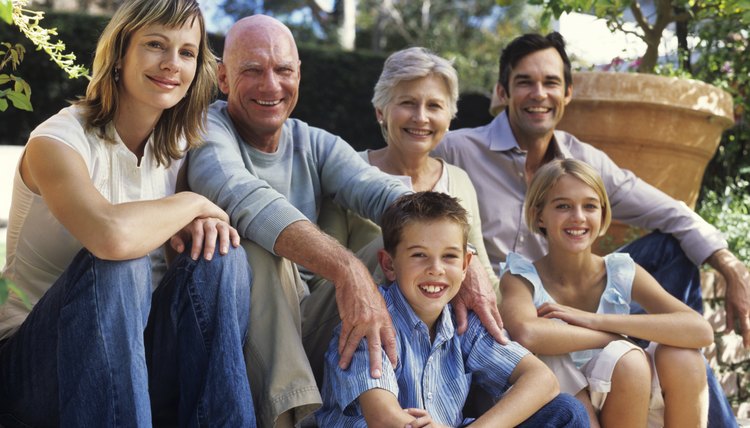 The definition of direct heir is a modified version of “heirs of the body,” a phrase that originates from English law. It refers to a specific order or rank of natural kinship to which property may pass, including titles of nobility. It literally means born of the body of the original owner of the property, namely a mother or father. A direct heir, as the title suggests, is also in direct line of the decedent, but the lineage can go in either direction -- above or below. In other words, a direct heir may be a child or a parent of the decedent.

Another title sometimes used in place of direct heir is lineal heir, which also refers to a person in the direct bloodline above or below the decedent. In keeping with the meaning of a direct heir, the range of a lineal heir also extends to children, parents, grandchildren and grandparents.

Comparison to Other Heirs

Other terms used to describe heirs may sound like they mean the same thing as direct heir but really mean something quite different. For example, the legal definition of “next of kin” is the closest blood relative or relatives to the decedent, including a living spouse and others eligible to inherit by the laws of descent, such as children. This distinction becomes significant if a person dies without a will and there is no surviving spouse. While heirs may inherit the real property of the decedent, the next of kin may be able to take possession of the decedent’s personal property by filing a claim against the estate with the probate court. Other terms used to describe non-direct heirs entitled to make similar claims, such as cousins, nieces and nephews, include collateral heirs and heirs-at-law. Whether or not stepchildren are considered next of kin depends on the jurisdiction.

Protect your loved ones. Start My Estate Plan
Inheritance Laws in Louisiana

What Is the Meaning of Wording in Wills?

Many wills use specialized words and phrases that may have specific legal meanings in court. This special wording is used to ensure that the wishes of the person who made the will are recognized by the probate court, and may also be used to specify that certain people or things are being referred to in part of the will or during probate court proceedings.

What Is a Collateral Heir?

What Is the Terminology of the Last Will & Testament?

You may have had a will prepared by your attorney and walked out of his office feeling confused by the language in the will. “Testator," "testatrix," "executor," "executrix," "devisee” -- you may question whether the attorney is speaking a foreign language. Latin has influenced much of the legal terminology in use today, so you may need some help in deciphering these terms.

When a Louisiana resident owns property at the time of death but doesn’t leave a will, he is said to have died ...

Does an Heir Inherit Equity or Market Value?

You may hear the terms "heir" and "legatee" used interchangeably, but the words have two different legal meanings. An ...

Dying Without a Will in North Carolina

In North Carolina, as in other states, dying without a will is known as dying intestate. It means your assets and ...