Do I Have to Dissolve My LLC if My Partner Is Insolvent?

Limited liability companies have certain advantages, such as allowing owners to enjoy liability protection similar to a corporation while being taxed like a partnership, thus avoiding double taxation. But an LLC also has disadvantages, such as when one member, or owner, becomes insolvent and has to declare bankruptcy. Even if there are only two members in an LLC, one member becoming insolvent doesn't necessarily mean that the LLC has to dissolve, but it can cause problems. Because an LLC is an independent legal entity formed under state laws, those laws dictate what follows. 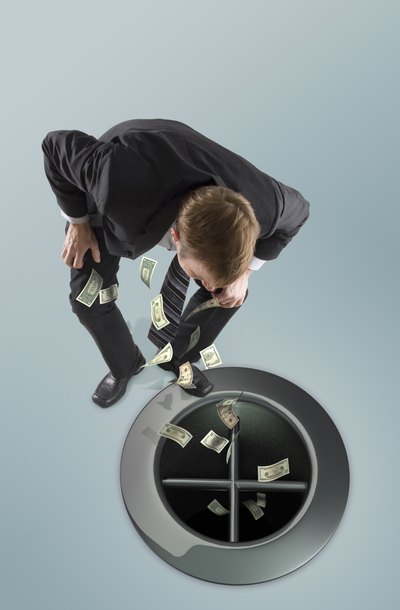 State LLC laws are modeled after partnership law, which prevents bankruptcy trustees or creditors from unilaterally transferring an insolvent member's ownership interests to a third party. This rule is in place so that the other member or members of an LLC aren't forced to be in a partnership with people they don't choose, such as a bankruptcy trustee or a third party. Even if the bankruptcy trustee liquidates the insolvent member's financial interest in the LLC and sells it to a third party, the other LLC members still have to agree before this third party can have any role in management decisions for the LLC. If there are only two members in the LLC, the remaining member must agree to share management decisions with the new owner.

Most state laws give the remaining LLC member or members an automatic option to buy out the insolvent member when he files for bankruptcy. This is partially so that the ownership interest doesn't get tied up in bankruptcy proceedings and hurt the LLC's operations. This right allows the remaining member or members to continue running the LLC without having to dissolve the company due to the insolvency of one member. There are a few exceptions, however. In some states, any disruption to membership, including a bankruptcy declaration, automatically results in the dissolution of the LLC.

Ready to start your LLC? Start an LLC Online Now
Can I Have a Partner With an LLC?

If an LLC Is Responsible for Debt, Who Pays if They Cannot?

Operating a business as a limited liability company, or LLC, definitely has advantages over operating it as a sole proprietorship or partnership. The most notable advantage is the limitation on members’ personal liability for the business debts of the LLC. However, there are circumstances in which members may have to pay business debts when the LLC can’t.

An LLC, or limited liability company, is a flexible form of business entity that provides its owners with the safeguard of limited liability. An LLC can have any number of owners, known as members, so the entity is suitable for both sole proprietors and larger businesses. Although each state has its own laws for LLCs that are registered within its jurisdiction, the general rules regarding formation, limited liability, taxation and operation of the LLC are broadly similar.

Can a Member of an LLC Be Fired?

Managing relationships between owners of a small business can be quite trying at times. In cases of severe disagreement or incompatibility within a limited liability company, firing one or more owners, referred to as members, may be an option. However, generally an LLC may only fire a member when the operating agreement allows it, and if the owner is compensated for his share of the business.

What Happens to My LLC If I Declare Personal Bankruptcy?

When someone declares bankruptcy, his financial assets may be claimed by a bankruptcy estate and used to settle his ...

What Is a Pro Rata Share for an LLC?

LLC is the abbreviation for limited liability company, which is an unincorporated business structure created under and ...

Can I Be Involved in an LLC & File Bankruptcy?

A limited liability company is a business hybrid -- part corporation, part partnership -- that is set up according to ...