Property division in divorce can be difficult to understand in equitable distribution states because there are few hard and fast rules. Virginia is such a state. Unlike in community property states -- where courts evenly divide the assets acquired during a marriage -- equitable distribution laws give a great deal of latitude to judges to decide what is “fair.” However, some general guidelines apply. 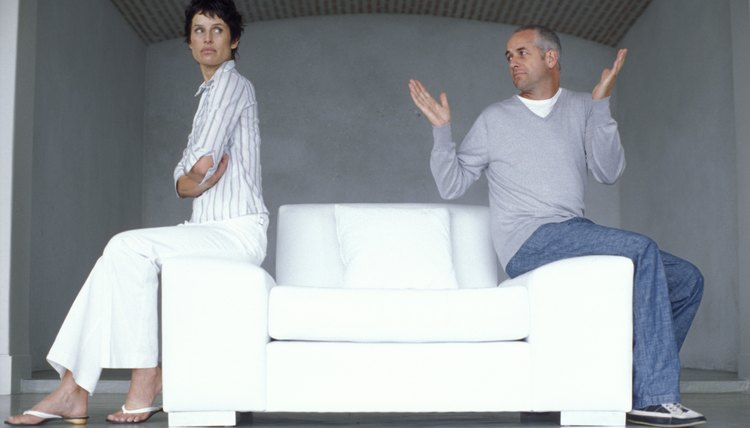 Some property is immune from distribution in a divorce. Generally, anything a spouse owned before the marriage, inherited during the marriage or received as a gift during the marriage is his separate property. His spouse is usually not entitled to any part of it. Virginia also recognizes the concept of “hybrid” property, assets that are partially marital and partially separate property. For example, one spouse might have owned a home before the marriage. It may have been worth $100,000 at that time. If the other spouse contributed labor or money toward renovating it during the marriage and the property appreciated, it might be worth $300,000 at the time of the divorce. The premarital portion is $100,000 and the marital portion is $200,000. Virginia courts will divide the $200,000 between the spouses, although not necessarily 50/50. A judge must calculate what he thinks the non-owning spouse's contributions are worth and award her a percentage of the $200,000 based on that.

When couples jointly purchase real estate, such as a marital home, different guidelines apply. The first factor involved is that the property has served as home to both spouses, but only one of them can continue to live there after the divorce. In Virginia, where judges have a great deal of discretion regarding these things, they lean toward awarding the home to the custodial parent. This avoids uprooting the children. Absent factors of custody, equitable distribution laws favor the spouse who contributed the most to the property. This is usually the spouse with higher earnings who paid more toward the mortgage payments by virtue of the fact that his income was greater. When the marital home is sold, its equity is divided in much the same way.

Retirement benefits are often a hybrid asset. In many cases, some portion of them accumulated prior to the marriage. However, income is marital property under Virginia law. Therefore, anything a spouse contributes to a retirement plan after the date of the marriage is subject to division in a divorce. If one spouse worked at the same job for 20 years, and if he was married for 10 of those years, his spouse is entitled to a portion of 10 years’ worth of the plan's value. Regardless of the discretion granted to judges under the equitable distribution system, Virginia law does not allow either spouse to receive more than 50 percent of the marital portion of retirement benefits. Court must divide these 50/50.

Virginia courts usually divide miscellaneous assets based on the contributions of each individual spouse. Just as with real estate, the higher-earning partner usually receives more property based on the premise that he contributed more income toward the purchases. Judges generally add up the total value of this property, then allot individual assets to one spouse or the other to reach an equitable division. For example, the higher wage-earner might receive assets totaling 60 percent of the overall value and the other might receive assets totaling 40 percent. Judges will rarely scissor an asset down the middle or force its sale to divide the proceeds. Generally, one spouse would keep the asset and the other would receive another asset equivalent to about 40 percent of its value, or whatever the judge has decided her percentage should be.

Divorce is never easy, but we can help. Learn More
Texas Law Regarding Assets in Divorce

In New Hampshire, a spouse can seek either a no-fault divorce or a divorce based on the other spouse's fault. In either case, the New Hampshire court divides all of the couple's property -- whether acquired before or during the marriage -- according to an "equitable and just" standard. This includes engagement and wedding rings.

Mississippi divorce law changed significantly in 1994, when the Supreme Court handed down two important decisions in the cases of Ferguson v. Ferguson and Hemsley v. Hemsley. These precedents updated the state’s treatment of marital property in divorce. Mississippi is an equitable distribution state, so property is not necessarily divided 50/50 between spouses.

Separate Property Rules for a Divorce in Minnesota

Some property is safe from distribution in divorce in every state. Many jurisdictions call this “separate” property, ...