Georgia does not technically recognize ”abandonment” as a divorce ground, but this doesn’t mean your spouse can leave you, and the court won’t hold him accountable for ending your marriage. The opposite is true; the state’s laws favor the spouse left behind to a large extent. Its code refers to abandonment as desertion, and this is actually a more egregious offense than abandonment. A spouse guilty of desertion cannot receive alimony in Georgia. 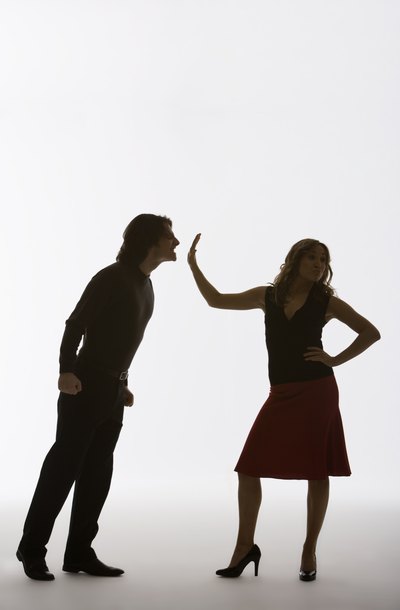 Legally, abandonment means that your spouse has departed the marital residence and is not coming back. Georgia considers this desertion if he acts intentionally, maliciously and with the intent of ending your marriage.Georgia categorizes desertion in two ways. If your spouse leaves you, it’s actual desertion. If he forces you to leave, it's called “constructive” desertion. It means that even if he has not left your home, he has mentally and emotionally left the marriage. This would be the case if he treated you so cruelly that remaining in the same home with him would endanger your physical or mental health. If he refuses to have marital relations with you, this is also constructive desertion. He has ended that aspect of your marriage.

Georgia law requires that the circumstance of desertion continue for a year before you can use it as a ground for divorce. This is true whether your spouse forces you out or leaves you. However, no time period is required for you to file for divorce on grounds of irreconcilable differences. Unless you believe your spouse will attempt to receive alimony from you, irreconcilable differences is usually a much more expeditious way of ending your marriage. If your spouse has deserted you, consult with an attorney to learn your best option, because it will depend on the particular details of your case.

If you are pregnant with your spouse's child when he deserts you, and he knows that you are pregnant, Georgia considers this a criminal offense, and it's punishable as a misdemeanor. If he leaves you and relocates to another state, it’s a felony, and he can receive from one to three years in jail for doing so. However, a judge has the option of reducing the felony to a misdemeanor charge.

Like most states, if your spouse deserts you for six months, returns and tries to rekindle your marriage, then leaves again, your one-year time period to file for divorce on grounds of desertion starts all over again. But Georgia law contains a catch. If he returns to you in “good faith,” and you turn him away, you become the spouse guilty of constructive desertion, because you’ve mentally ended the marriage. Good faith means that he honestly wants to save your marriage. If he comes home because he lost his job and can’t afford his own rent, you can usually feel free to refuse to take him back. If this happens, consult with a legal professional to make sure you’re within your rights.

Divorce is never easy, but we can help. Learn More
Divorce Abandonment Law

Adultery is considered a crime in some states, although spouses typically don't go to jail over it. If you or your partner has strayed, more pressing concerns are how it might affect your divorce and what rights you have when it comes to defending yourself or receiving recompense for it as an innocent spouse. The effect of adultery on your divorce depends a great deal on what state you live in.

The Difficulty of Claiming Abandonment as Divorce Grounds in Alabama

In any state that recognizes abandonment as a divorce ground, the biggest impediment to using it is that your spouse must have left you to fend for yourself financially and emotionally before it applies. You must wait out a lengthy period before you can file for divorce, and, by definition, your spouse must be absent during all that time. This can make ending your marriage a long, drawn-out process. However, in Alabama, it may be worth it. The state’s legislative code addresses marital fault, and particularly abandonment, regarding issues of custody, alimony and property division.

The divorce laws in Texas can make it hard to justify filing on a fault ground, especially if it requires a waiting ...

You don’t have to prove marital misconduct to receive a divorce in Tennessee; the state offers the no-fault ground of ...