Sharing of finances can be an important component to marriage. Using joint bank accounts can provide greater flexibility for paying expenses, as well as give the couple a feeling of interdependence. However, if the couple decides to get divorced, each spouse may attempt to claim ownership of money held in these accounts. Understanding the difficulties that courts typically encounter when attempting to classify bank accounts during property division, will help prepare you for your divorce. 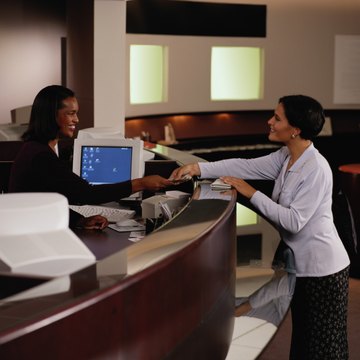 When a couple cannot agree on how to divide bank account funds, the first step a court will typically take is to classify the property as either marital or separate. Money in the account that was acquired during the marriage, such as through wages, is generally considered marital property and is subject to division as part of divorce. If the money was acquired before the marriage, or was received as part of an inheritance or gift to one spouse, it is typically considered separate property and remains with the spouse that acquired it.

If the court classifies your bank account funds as marital property, the money will be divided according to state law. Some states take the position that both spouses are co-owners in all marital property and require judges to try to divide the assets as evenly as possible. Other states look at the needs of the parties as well as contributions made during the marriage to arrive at an equitable and fair division. In both scenarios, courts often use cash in accounts to offset awards of large assets that are not easily capable of division, such as a house.

Sometimes, the way the spouses treat assets in a bank account can cause separate property to become subject to division. One way is by commingling. Commingling occurs when separate property is mixed with marital property to the point that its source cannot be traced. For instance, suppose you were given a $25,000 direct gift from your father that you then deposited into a joint checking account shared with your spouse. Then, during your marriage, suppose you and your spouse regularly made deposits and withdrawals from that joint account. When you divorce, the court might have trouble differentiating between the gift and other funds. If the court cannot properly trace the source of the bank account balance, it might treat the separate gift as marital property.

The classification of money held in a bank account may also change through a spouse's intentional act. This is referred to as transmutation, and might apply if you had a bank account prior to the marriage but then added your spouse as an owner during the marriage and gave her unlimited access to the funds. Here, a court could conclude that you intended to convert your separate property into marital property. However, some states have addressed this issue by requiring that you clearly consent to the reclassification in writing for it to be valid.

Divorce is never easy, but we can help. Learn More
Proving Money Is Inherited

One of the most difficult aspects of property division in a divorce case concerns the sharing of retirement assets. Some people may feel a sense of sole ownership over their 401(k) accounts, especially if they believe their spouse did not work or save quite as much as they did. Although part of your respective 401(k) funds may in fact be your separate property, a portion will be marital and therefore subject to division.

Inheritance is typically viewed as the separate property of the spouse who received it. However, the nature of separate property can change during the course of a marriage if combined with marital assets. When a married person receives an inheritance before, or during, marriage, she has no legal obligation to share it with her spouse.

Is Your Ex Entitled to Your Separate Bank Account After a Divorce?

Money can be a source of contention in divorce. While it is common for a couple to have a joint bank account, each ...