California spouses can agree to the terms of their divorce, including child custody, or they can allow the court to decide these issues for them. California permits spouses to divorce, based on the grounds of “irreconcilable differences,” which means the spouses simply don’t get along and cannot work out their differences, and California law provides a list of factors judges will consider when deciding custody between divorcing spouses. 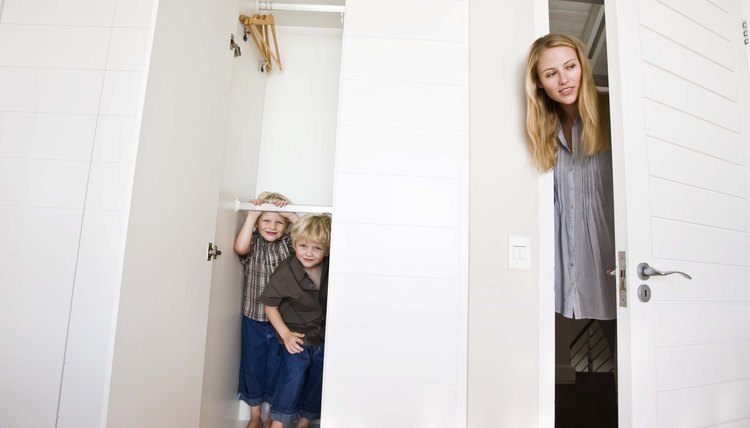 California allows spouses to file for divorce once one of them has lived in California for at least six months, and California courts have jurisdiction to decide child custody issues if the child has also lived in California for six months. Divorce begins when a spouse files a petition for divorce in a California court. The petition must include basic information about the family and marriage, and the spouse who files the petition has the responsibility to serve the other spouse with a copy of the petition and other paperwork. California is a community property state, so California divorce courts divide property acquired during the marriage, except property a spouse acquired by gift or inheritance since this property is considered that spouse's separate property. Courts can also award alimony, called spousal support, to either spouse after considering numerous factors listed in California law.

When courts make their custody awards, their primary concern is crafting a plan that is in each child’s best interests. To do this, California courts consider a list of factors including the age of the child, emotional ties between the parents and child, any history of violence or abuse, and the ability of each parent to take care of the child. A parent’s gender is not a factor and no preference is given to a mother over a father.

California parents are typically awarded visitation, called “parenting time,” which is how much time each parent spends with the child. If parents agree to a parenting time arrangement, judges usually approve such agreements. Generally, California judges require parents to meet with a mediator to attempt to reach agreement before the court is forced to decide the family’s parenting time arrangements. If the court feels the child could be endangered by spending time with one parent, he can deny visitation to that parent or order supervised visitation where another adult attends each visit.

Who Gets Custody in a Divorce in Florida?

When Florida couples divorce but disagree about custody, a Florida court determines how the spouses will share time with their children. In 2008, Florida redesigned its custody statutes to discourage the perception that one parent has custody while the other parent does not. Now, custody is called “time sharing” in Florida, and courts award time to each parent rather than saying one parent has custody.

When parents divorce, the court makes custody decisions and includes them in the final divorce decree. A Maryland court ...

If you can't reach a custody agreement with your spouse, divorce means putting your family in the hands of a trial ...

During the divorce process, state courts may determine how to divide child custody between the divorcing parents, if ...