When parents divorce, the parent who is responsible for the day-to-day care and physical custody of the children (the custodial parent) receives regular financial assistance from the noncustodial parent in the form of child support. Courts award and modify child support amounts based on each parent's financial situation and child's changing needs. When it comes to paying for college, state laws vary significantly, so parents in one state may be required to contribute to such expenses while parents in another state may be under no financial obligation to do so after the child reaches the age of majority, often 18. Of course, marital settlement agreements also come into play as parents are free to agree to the terms of child or college support during divorce proceedings, provided the terms meet minimum state guidelines. 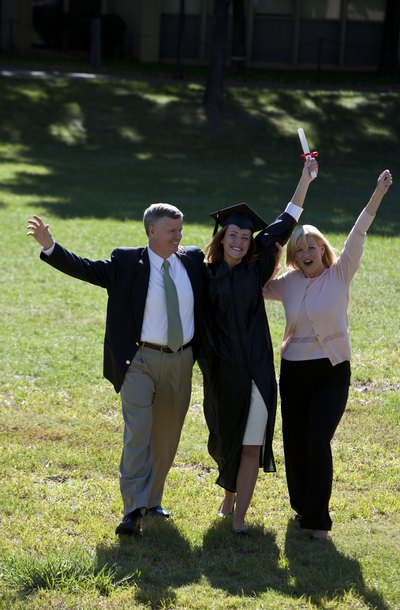 A court-ordered award of college support when children are still very young is frustrating for many families. Parents are often unsure whether their children will even attend college and, if so, how much college will cost by that time. To eliminate some of the uncertainty, parents may opt for reaching a marital settlement agreement during the divorce proceeding in which they decide the terms of any future college support. Once approved, the court will incorporate the agreement into the divorce decree, making it binding on both parents. Parents may agree to split college costs 50/50, contribute only partially to the cost of college or not pay college costs at all.

In states permitting an award of mandatory college support, courts will review a number of factors to determine whether college support is appropriate for the family. One common factor is whether the parents would have contributed to the child's college expenses if the marriage had not dissolved. Other factors may include the financial resources of both parties, parents' level of education, child's ability to complete college, child's financial contributions and child's relationship with both parents. The court may also consider the nature of the college program the child is pursuing and whether a less expensive option may be available to achieve the same goals.

States vary widely in the extensiveness of college support awarded and parents are generally not ordered to pay the entire cost of college. For example, some states hold that parents are required to pay tuition until the child ends his college education, even including graduate or professional school. Other states require the student to contribute to his education by applying for grants, scholarships or financial aid. Some states may extended the age of emancipation, for example, up to age 21, with any college expenses incurred after that age to become the child's responsibility. A number of states forbid court-ordered college support that is not made pursuant to a marital settlement agreement.

Divorce is never easy, but we can help. Learn More
Can a Part-Time College Student Over 18 Years Old Receive Child Support?

Both parents are obligated to provide financial support to their children during and following a divorce. Child support ...

In the District of Columbia, child support laws are enforced by the Child Support Services division of the Office of ...