Is a Divorce Decree Void if a Financial Disclosure Is False?

Typically you and your spouse must file financial disclosures when you divorce. In fact, all states maintain this requirement in some form, except when a divorce is uncontested and you and your spouse agree on all major issues associated with the divorce. If you discover that a financial disclosure was false, your divorce is not void -- but depending on the circumstances, you may be able to get the court to re-address certain financial issues. 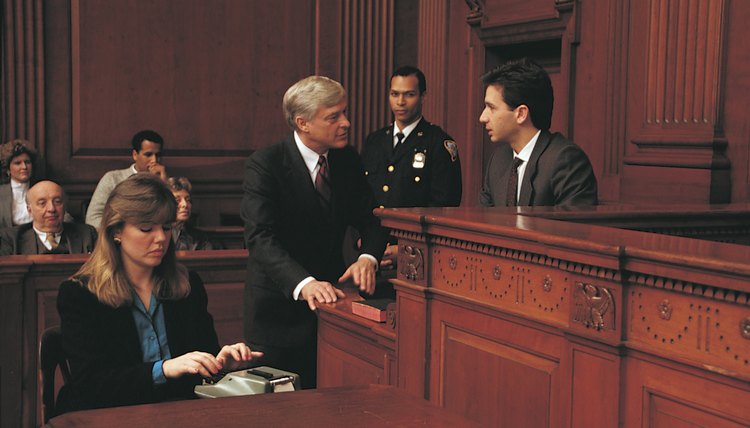 Simply because the divorce is not set aside by the court, or voided, does not mean that you have no recourse. You have the legal right to go back into court and reopen the divorce case, without setting aside the marriage termination itself. You can request that the court reexamine issues surrounding finances, property and debt in light of the revelation concerning false statements filed by your ex-spouse.

If your ex made only minor misstatements, such as slightly understating income, the consequences usually fit the misconduct. Although courts do not condone even minor false statements, particularly when made under oath, a likely resolution will be an admonishment or scolding by the judge, and an order to correct the financial disclosure statement. There will also typically be an adjustment of asset or debt allocation between the parties, if necessary.

The most significant penalty a court imposes in the aftermath of a significant false statement on a financial disclosure statement is a finding of contempt. What is known as a "contempt citation" results in penalties that may include forfeiture of additional property to the injured spouse or a monetary penalty payable to the court. A judge even has the authority to send your ex to jail pursuant to a contempt citation. However, in the vast majority of cases involving even a major misstatement, a trip to jail is unlikely.

Generally speaking, no adjustment in either child custody or support likely occurs in the immediate aftermath of the discovery of false information in a financial disclosure statement as a means of punishing the wrongdoer. However, if the misinformation resulted in a significant understatement of income, the court may order a recalculation of the parents' child support obligations.

Divorce is never easy, but we can help. Learn More
Reasons to Vacate a Divorce Decree in Oregon

To show someone committed fraud in a family law case, you have to prove that the person made a false statement of fact that related to something important in the case. You also have to show that the person knew the statement was untrue and intended to deceive you, causing you harm. Fraud can play a pivotal role in family law cases. If you can prove fraud, you may be able to overturn a court order, such as a divorce decree, undo a contract, such as a prenuptial or settlement agreement, annul your marriage, or affect a paternity determination.

What Is the Statute of Limitations on Will Contests?

As a child, relative or heir of a deceased person, you may be concerned that the will of the decedent was fraudulently executed. The signature may appear wrong, the decedent may have been suffering from dementia at the time of the signing of the will, or the will may have left a substantial sum to a paid caregiver such that you feel the will was signed under duress or intimidation. Under these circumstances, you may question the validity of the will in court by filing a will contest action. The time limit to file a will contest varies from state to state.

How to Overturn a Dissolution of Marriage Final Judgment in Florida

A final judgment in a divorce case is the end result, whether you and your former spouse reached an amicable settlement or had a contested evidentiary hearing. If you are dissatisfied with the outcome of your divorce in Florida, there are several avenues you may take to overturn the final decree. Overturning an amicable settlement typically requires proof that you were mislead by your spouse. A contested divorce decree can be challenged either by a request for a new hearing or by appeal to a higher court. Deciding the proper course of action requires close examination of the facts and, most likely, the assistance of an experienced attorney.

Remarriage Before Divorce Is Final in Maryland

Generally, you are considered married until your divorce is final, and you cannot legally remarry before your current ...

Can You Revoke a Sworn Affidavit in a Divorce Case?

The divorce process is riddled with occasions when you're asked to sign documents under oath. Most include language ...

What Financial Information Do You Need to Disclose in a Divorce?

Once your divorce is underway, you may not want to give your spouse anything, much less personal financial information ...