Divorce Decrees in the State of Connecticut 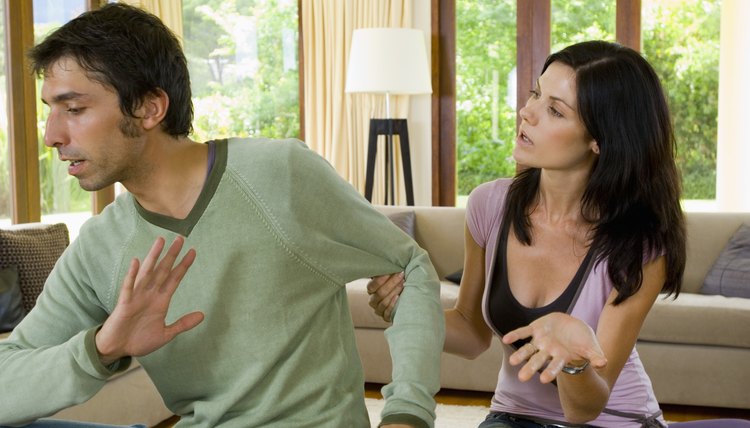 Connecticut allows spouses to file for divorce on fault-based grounds, or reasons, but also offers no-fault grounds. No-fault divorce does not require one spouse to prove the divorce is the other spouse’s fault. While the court might consider fault when determining financial orders, like property division and alimony, it might also choose not to consider fault when making its determination.

To begin the divorce process in Connecticut, a spouse must file a divorce complaint, which includes important information about your marriage along with your reason for divorce and proposed terms of the divorce. Once a spouse files the complaint, he must serve a copy of it on the other spouse, typically by asking the state marshal to serve the documents. If the other spouse chooses to file an answer in response to the complaint, he must do so within the time frame given by the court in the initial divorce papers.

If the responding spouse answers the divorce complaint and both spouses can reach agreement on the terms of the divorce, a Connecticut court can grant a divorce decree as soon as 90 days from the “return date,” which is the official start date of your case as set by the court; however, under the most ideal circumstances, the soonest a divorce is finalized is usually four months. If spouses cannot agree, the court will determine the terms of the divorce for them, extending the time it takes to obtain a divorce decree.

Divorce is never easy, but we can help. Learn More
Can a Spouse Get Half of the House in a Divorce in Connecticut?

How Long Do You Have to Wait After Legal Separation to Finalize a Divorce in Colorado?

The process of getting a legal separation in Colorado is similar to the steps required to obtain a divorce. Once a Decree of Legal Separation is finalized, the spouses' responsibilities regarding property and debt division, spousal maintenance, child support and custody are established, just like in a divorce case. However, with a legal separation, the spouses remain married. Spouses sometimes choose this route for religious or economic reasons. If a divorce is desired later, either party may convert the separation into a divorce after six months have passed.

What Is the Difference Between a Default Divorce & No Fault in Arizona?

Arizona’s no-fault divorce laws make it easier to obtain a divorce than in other states where you must prove wrongful conduct on the part of your spouse. Even though Arizona is a no-fault divorce state, your spouse has the right to challenge your request to end the marriage by filing opposing papers with the court. If your spouse does not file the papers in time, the court may grant you a divorce by default.

Arkansas favors marriage and requires proof of the grounds on which a petition for divorce is based. Most people file ...

In Oregon, divorce is called dissolution of marriage. Either spouse can file for dissolution and must do so in ...

How to Get an Uncontested Divorce in Massachusetts

In Massachusetts, the uncontested divorce process provides couples with the option of avoiding some of the ...