Obtaining a divorce means severing a legal relationship. As such, rigid legal rules and procedures come into play. In Florida, if one spouse fails to observe the filing requirements, the court may dismiss the action. Cases may also get dismissed by voluntary agreement if a couple decides to stay married. Paying close attention to the Florida court rules from the outset will help you avoid having to file for divorce twice. 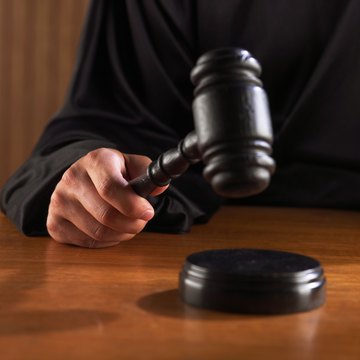 A divorce action filed in Florida may be dismissed at any point prior to the judge issuing a final divorce decree. By law, a dismissal may be warranted for failure to follow proper court procedures or voluntarily through agreement of the parties. An example of failing to follow procedure would be defects in the paperwork, such as not specifying the ground for divorce. Another reason might be that the documents were filed properly but not served on the other party according to the law. Finally, failure to pay the appropriate filing fee would lead to dismissal.

A couple that has resolved their marital differences may choose to voluntarily dimiss a pending divorce action and stay married. In this instance, they would file a Notice of Voluntary Dismissal with the court where the case was filed. If the petition for divorce has been the only document filed, the notice need only be signed by the person who filed. If the other spouse has filed a counterpetition for divorce, both parties need to sign the notice.

When a couple has lived in multiple counties or states, filing a divorce action with the wrong court can lead to dismissal. For example, if one party does not meet the Florida residency requirement at the time of filing, the other party could file a motion requesting that the court dismiss the action due to a lack of jurisdiction. Similarly, parties can only get divorced once. If a court receives notice that another divorce action is pending in a different court, the second court may dismiss its case if it finds that the first court has jurisdiction.

In Florida, parties to a divorce must take efforts to move the case along. If neither party takes action for one year, such as filing pleadings or requesting a hearing, the court or either party can seek dismissal of the action for "failure to prosecute." The court is required to provide notice to the parties, and the judge may decide not to dismiss the action if one party can show good cause for his inaction.

Divorce is never easy, but we can help. Learn More
What to Do if Your Spouse Will Not Sign Divorce Papers

Timeframe for Contesting a Will in Virginia

If you would like to contest a Virginia will, you must file your objections with the clerk of court where the will has been admitted to probate. State law sets out a statute of limitations for this procedure, which in some cases can be waived or extended. To comply with the law and carry out the process according to the rules of the court, it is in your best interest to hire an experienced estate or probate attorney.

Divorce law varies from state to state, but each state has a procedure for dismissing a divorce case. The reasons for a dismissal may be slightly different in different jurisdictions, but certain events, such as reconciliation and not serving papers on the other spouse, form the basis of dismissal.

Florida's laws of civil procedure address change of venue. These laws pertain to civil cases, including divorce cases. Whichever spouse files for divorce first may file in the county where the spouse resides or in the county where the couple last lived together. The spouse who files the initial action is known as the "petitioner," and the spouse on the receiving end of the divorce action is called a "respondent."

Participation of both spouses can help ensure the divorce process moves forward efficiently. Unlike other states, ...

State laws regarding divorce often differ significantly. Further, rules on who must attend hearings vary based on the ...

Can a Divorce Be Stopped in Florida If the Papers Have Been Filed?

In Florida, a divorce is known as a dissolution of marriage. So long as the dissolution decree has not yet been issued ...

What Happens During a Divorce Hearing in Florida?

A divorce can feel like a lengthy or intimidating process, especially if spouses have a contested case that requires ...