Getting divorced is complicated, but going through one while you or your spouse is on military deployment makes matters even more challenging. The military has its own laws regarding divorce. In addition, the federal government has created legal protections for members of the U.S. armed forces who are deployed -- in other words, away from the United States on military duty. 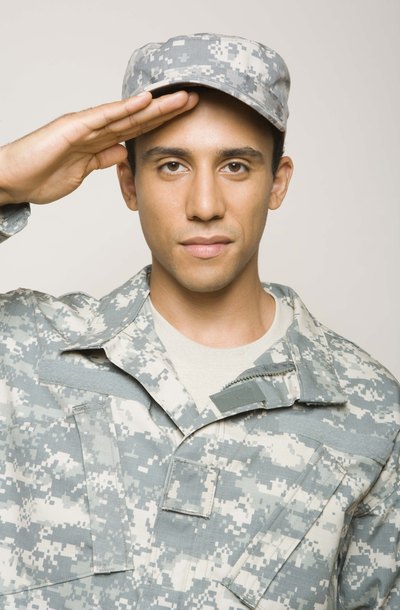 The SCRA applies to active duty service members, reservists and national guardsmen who are called for a period of more than 30 consecutive days. If a service member cannot appear or participate in a divorce or legal separation proceeding, he may request a "stay" of the proceedings under the SCRA. The proceeding may be delayed for the time the service member is on active duty plus an additional 60 days, but the delay is within the court's discretion.

Usually, any divorce you get from a deployed service member will have to be uncontested since it is difficult to argue issues while one party is out of the country. This means that the two sides will have to come to an agreement that resolves all outstanding issues. For example, if the couple has children, they must agree on a parenting arrangement, including child support. If they agree to this, a civilian lawyer may be able to file the paperwork for them.

When serving your initial divorce complaint, you must comply with the Hague Convention on Service Abroad of Judicial and Extrajudicial Documents if the place of duty is part of the convention. Some countries do not have an objection to service by certified or registered mail. Other countries demand that you serve the documents through a specific government office and translate the documents into the host nation’s language.

Divorce is never easy, but we can help. Learn More
The Texas Divorce Laws for Deployed Soldiers

Do Divorce Papers Expire if Not Served?

Divorce involves an intricate series of rules -- and many of them come with deadlines. Service of process is one such rule. Your spouse has a right to defend himself in the divorce action, so you must serve your divorce papers on him according to the laws of your state. There's usually a deadline by which you must do so, but it can vary depending on where you live.

Military courts don’t issue divorces, so military members must get divorces from state courts like everyone else. Divorces filed in North Carolina courts are governed primarily by North Carolina laws, even when one or both spouses are in the military. However, some federal laws provide additional protection and guidance when military members are involved.

Can My Ex-Husband Stop Child Support If He Has the Kids While I'm Deployed?

Divorce is governed primarily by state law, so Georgia laws generally determine how divorce works in Georgia. There is ...