With the breakup of a marriage, it may become necessary to move the children out of state. This common issue often requires court intervention because both parents have a right to control the upbringing of their children, including where the children live. This is not to say that a reasonable request to relocate will be denied, but the parent wishing to relocate the children must satisfy the court that the move is in the child's best interests and not an attempt to alienate the children from the other parent. 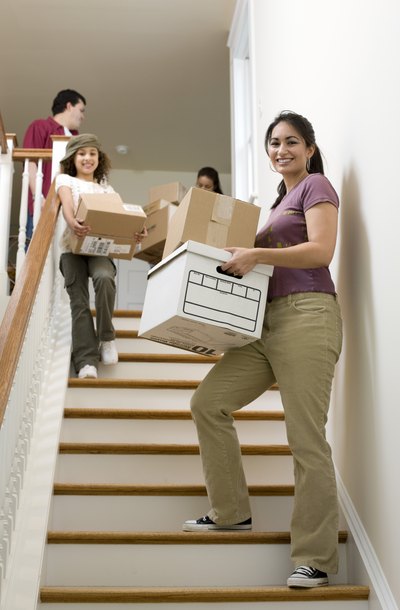 Spouses engaged in divorce proceedings may come to a mutual agreement about relocating the children. If the parents agree to the relocation prior to the final divorce decree, the terms will be included in the marital settlement agreement, which ultimately becomes part of the final order. If the parents agree after the divorce is final, both should file a post-judgment stipulation modifying the divorce decree to include the terms of the relocation. This is a document stating that the parents mutually consent to the move and are not planning to contest the relocation. In either event, the court must modify the visitation schedule to accommodate the physical distance between the parents.

In a far more common scenario, one parent will object to the other relocating the children. If the relocation issue occurs while the divorce is pending, the spouses must resolve the dispute as part of the divorce litigation. This will likely necessitate a trial before a judge. If the relocation issue occurs after the divorce is finalized, the party wishing to move out of state must file a motion to modify the existing child custody agreement. Both parties will have an opportunity to file pleadings, and the judge will schedule a hearing to determine if relocation is appropriate.

Under Virginia law, the parent planning to move out of state with a child must notify the other parent in writing at least 30 days prior to the scheduled relocation. The notification must include the child's proposed future address. If the parent objects to the move, he must file a responsive pleading giving reasons why moving will not benefit the child and will detrimentally affect the parent-child relationship. If applicable, the objecting parent should include information relevant to the difficulty he will experience with visitation, particularly if the proposed move is far outside of Virginia.

If the request to relocate is contested, the court will hold a hearing to determine if the move is in the child's best interests. Virginia law requires a showing of an independent benefit to the child. This means that moving for financial reasons or to start a new job will be insufficient if the child does not directly benefit from the change. The court will review the situation in light of a number of factors, including the child's age; the parents age and physical health; the relationship of each parent with the child; the child's health; the ability and propensity of each parent to actively participate in the child's life; and the preferences of the child, if age appropriate. Courts are more likely to deny relocation if the non-custodial parent has a close relationship with the child that will be difficult to maintain after relocation.

Divorce is never easy, but we can help. Learn More
Pennsylvania State Regulations About Proximity of Parents to Children in Divorce

Can a Judge Keep a Child From Leaving the State After a Divorce in Colorado?

Florida Divorce Laws on Moving Out of State With Children

Divorced parents rarely remain in the same houses, or even in the same state for their child’s entire childhood. Sometimes, parents move out of state for economic reasons, such as a new job, or to be with a new spouse or closer to family. Whatever the reason for the move, Florida laws provide strict procedures the parents must follow before moving a child to another state.

Massachusetts Laws on Moving Children Out of State

Massachusetts is one of the few states that allows a child to say whether he is willing to move to another state, ...

Tennessee law does not prevent a divorced parent from moving out of state, but if you have a joint custody arrangement, ...