The divorce of a service member, whether in the Air Force or any other branch of the military, is handled in a civilian state court. A spouse filing for divorce must meet state residency requirements, and the division of assets and benefits between the couple also is handled in accordance with state law. However, there are several unique wrinkles governing the divorce of a military member, especially if he is deployed oversees. 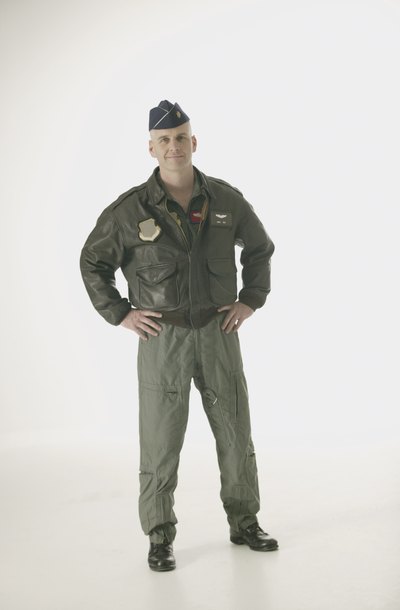 Under the 1991 Servicemembers Civil Relief Act, if you are stationed oversees, you can ask for a legal stay that prevents a divorce proceeding from going forward during your deployment plus 60 days. This gives you an opportunity to respond, after you return home, to a petition for divorce filed by your spouse.

The division of assets acquired in marriage is governed by state law. If you divorce in a community property state, such as California, the court assumes that both parties contributed equally to the marriage and authorizes a 50/50 split of assets. However, most states use "equitable distribution" instead. This allows you or your spouse to request a different allocation of assets. The court considers such factors as whether one spouse has contributed significantly more than the other in accumulating marital assets and whether one spouse has a much higher earning capacity than the other, in order to determine an allocation it considers to be fair.

Military benefits for retirement – in particular, your military pension – might be your most valuable asset after you leave the Air Force. A military pension is distributed according to state law. However, the allocation formula is quite different in different states. Some courts split the pension benefits 50/50 between you and your ex-spouse. Other courts allocate pension benefits in accordance with your length of service. For example, if you serve 20 years and are married during those years, some courts will divide pension benefits equally. If you are married 10 of those 20 years, some courts give your ex-spouse half of an equal share, or 25 percent, while you get the other 75 percent. A civilian spouse who is married for a long time to a military member may qualify for other military benefits under the Uniformed Services Former Spouse Protection Act, such as health insurance, medical care and Base Exchange shopping privileges at Air Force stores.

The Divorce Process for an Army Soldier in Texas

Military and non-military residents generally follow the same process when going through a divorce in Texas. An Army soldier or other military member and his spouse must consider special issues such as deployment, military benefits for the spouse and dividing military retirement payments.

Does the State Your Marriage License Is in Matter to Get a Divorce?

When it comes to divorce, where you got married has absolutely nothing to do with where you may get divorced. As long as you meet the residency requirements in the state where you plan to divorce, you can get obtain a divorce decree wherever you choose.

A Military Wife's Rights in a Texas Divorce

Divorce is rarely easy and the unique nature of military life can make a divorce more complicated for military wives. ...