When a divorce involves military members, a combination of both state and federal laws apply, which can complicate matters. However, state courts, not military courts, actually grant the divorce. Military members and their spouses can divorce under Washington’s laws like other Washington couples, but some aspects of the divorce are slightly different due to a spouse’s military status. 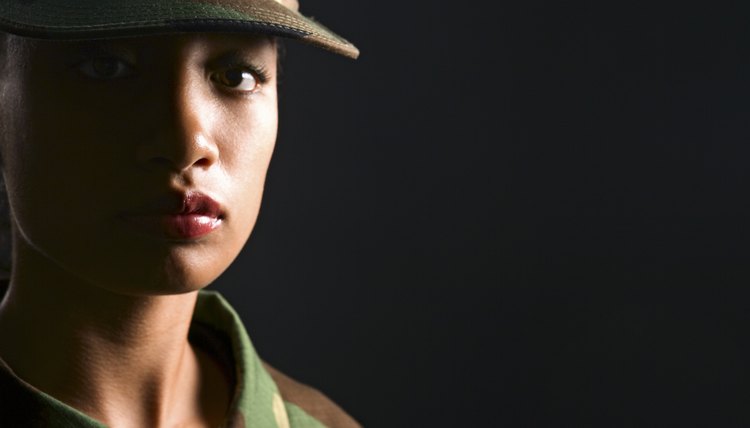 Washington is a pure no-fault divorce state, meaning there is only one ground, or legal reason, for divorce: irretrievable breakdown of the marriage. When a spouse files for divorce in Washington, he must use this ground in his divorce petition. To begin the divorce process, a party must file at least four forms with the court: Petition for Dissolution of Marriage, Summons, Confidential Information Form and Vital Statistics Form. Once one party files the forms to begin the divorce, she must serve copies on the other party to give him a chance to respond. If that other party is in the military, the Servicemembers Civil Relief Act contains a provision allowing him to stay, or postpone, the divorce while he is overseas or otherwise unable to adequately respond because of his military service.

If a divorcing couple cannot agree on the division of property, Washington courts will divide it for them based on community property standards. The courts assume all property acquired during the marriage, including real estate, income and personal property, is owned equally by each spouse. Federal law allows state courts to divide military pensions in a divorce, treating retirement pay like any other marital asset. However, military disability pay, including compensation from the U.S. Department of Veterans Affairs, is not divisible by the court.

Washington courts set child support amounts as determined by the Washington State Support Schedule, which provides a formula that considers the combined income of both parents. Although the court can deviate from the standard calculation when certain circumstances exist, such as when one party is receiving income from additional sources, federal law limits the garnishment of a military member’s salary to 60 percent for a single soldier and 50 percent if the soldier remarries and has a new family to support.

Divorce is never easy, but we can help. Learn More
Military Guidelines for Paying Child Support

How to Apply for a Divorce in Washington State

Military service members encounter similar marital difficulties as civilians, but when it comes to separation or divorce, the rules for a military member are slightly different. A service member has special protections under federal law, and a military couple may be concerned with maintaining a civilian spouse’s benefits when the military spouse returns from overseas.

Military couples cannot get divorced by military courts, so they must get their divorces in state courts. Since divorce ...

A Military Wife's Rights in a Texas Divorce

Divorce is rarely easy and the unique nature of military life can make a divorce more complicated for military wives. ...