Divorce Laws on Blocking Contact With a Minor Child in Colorado

Divorce law in Colorado doesn't take kindly to a parent who interferes with another parent's court-ordered visitation rights. Such interference may bring contempt charges and other severe penalties. If a parent wants to reduce the other parent's contact with her minor child, she must do so by petitioning the court. In Colorado, courts make all visitation decisions by looking at what is in the child's best interests. 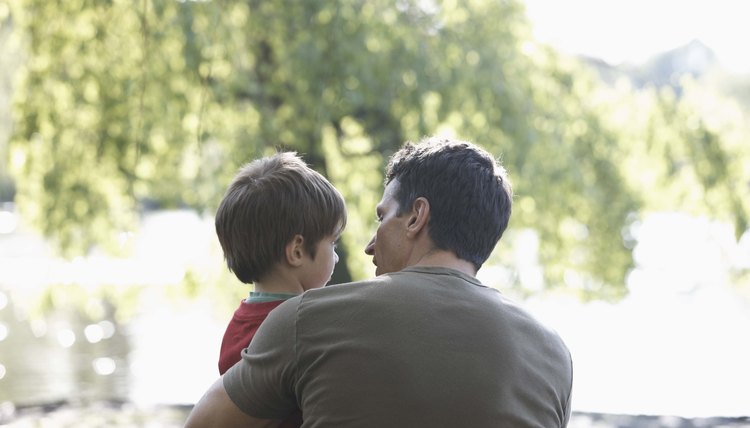 Based on the Colorado Revised Statutes, the court takes the default view that both parents should have frequent contact with their child during and after a divorce. However, the court will move away from this standard when it's in the best interests of the child, especially if a parent presents an active physical or psychological danger. Among other factors, the court will look closely at whether a parent places the child's needs ahead of his own and the extent to which one parent encourages the other parent's relationship with the child. Note that an award of legal custody -- the right to make important decisions for the child -- may differ from physical custody -- where the child will primarily reside -- and an award of visitation rights, which is the right to spend time with the child. Thus, a parent without physical custody may still have visitation rights.

Once the court establishes visitation rights as part of the divorce decree, both parents are expected to abide by that decree. If the custodial parent wishes to modify the visitation schedule, he must petition the court for modification. Even a noncustodial parent's failure to follow the decree -- for instance, failure to pay child or spousal support -- does not justify the custodial parent withholding visitation rights. A parent may interfere with visitation by failing to deliver the child on time, taking the child out of town, or keeping the child from making unrestricted phone calls to the other parent. This sort of behavior is known as "custodial interference."

When one parent repeatedly blocks another parent's visitation rights during or after a divorce, the court may take this behavior as a sign he may be trying to damage the other parent's relationship with the child. In this case, the wronged parent may petition the court to hold the other parent in contempt of court for failure to follow the court's order. The court may decide to reduce or even remove a parent's visitation rights or award the wronged parent a payment of attorney fees. The state of Colorado may also charge the parent with custodial interference, which is a felony and may carry jail time.

Colorado law follows the Uniform Child Abduction Prevention Act, which allows the court to impose, at its discretion, measures to prevent child abduction. In a divorce, this means the court has the power to restrict the noncustodial parent's ability to take a child out of a certain geographical area; order that all visitation time be supervised; or demand the noncustodial parent post a financial bond to ensure he will return the child.

Divorce is never easy, but we can help. Learn More
Kansas Visitation Laws

Supervised visits in New York are ordered by a county Family Court or Supreme Court when a visit with a non-custodial parent -- the parent who doesn't have custody -- could be physically or psychologically dangerous for the child. The number of requests for supervised visits has risen greatly in recent years, as more and more cases of domestic violence, child abuse and neglect flood the court system. If you worry that your child is at risk during visits with his non-custodial parent, you can petition the court for an order of custody and visitation. The court has the authority to order supervised visitation if it approves the petition.

Working out a custody arrangement can be the most difficult part of any divorce involving minor children. Prior to filing for custody in court and during litigation, each parent must allow the other parent access to the child and refrain from withholding contact, even when there is no court-approved custody arrangement in place. In Arizona, denying a parent legal access without justification is known as "custodial interference" and can result in fines and imprisonment.

Who Has the Right to Custody During Noncustodial Visitation?

Custody trumps visitation. It is never changed or altered simply because a child is visiting with her non-custodial ...

If your ex-spouse ends up in jail, he can’t have normal visitation with your children, but he doesn’t necessarily lose ...