State legislatures establish their own divorce laws, and the counties within the state administer those laws. Courts in Cobb County are obligated to follow the Georgia code, but the county has been somewhat progressive about implementing state laws, especially with regard to children. The state is willing to update its legislation when necessary as well. 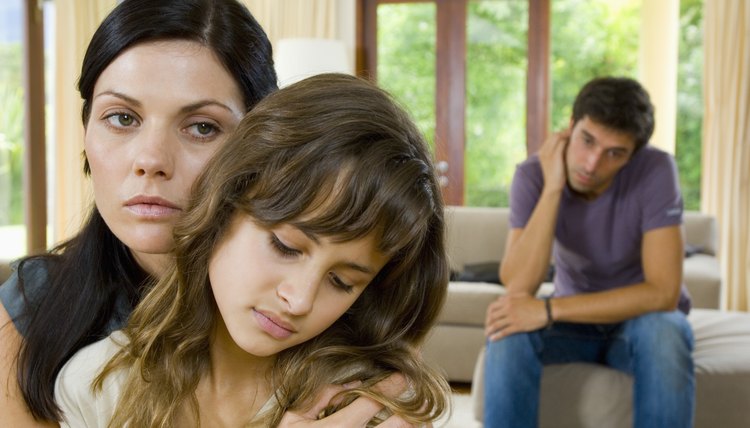 If you live in Cobb County, you can file your petition for divorce there. If you’ve moved out of the state, you can still file there if your spouse remains a resident. Either you or your spouse must have lived in the state of Georgia for at least six months before you file.

Like all states, Georgia recognizes no-fault divorce. The no-fault ground is irreconcilable differences, and if you use this, your spouse can’t contest it. The fact that you think the marriage is over is enough for the court, but Georgia law imposes a 30-day waiting period for this ground. You can’t be divorced until one month has passed since the date you served your spouse with your divorce papers. Georgia also offers 13 fault grounds, including desertion, adultery, impotency, cruelty and habitual drinking or drug addiction. If you file on a fault ground, you must prove to the court that your spouse is guilty of that misconduct.

Cobb County was the first in Georgia to require spouses to attend a parenting class before the court will grant them a divorce. Since 2008, if you have children, Georgia will not give you a divorce unless you have a court-approved parenting plan. If your child is older than 14, Georgia law allows him to decide who he wants to live with, unless the parent he chooses is unfit. If your child is between the ages of 11 and 14, the court will consider his wishes when making custody decisions for you, if you can't come up with a parenting plan on your own.

The Georgia legislature updated its child support laws in 2007. Under the income shares model in place since that time, the court calculates child support by first adding parents’ incomes together, then setting aside a percentage of the total for the children’s needs. The percentage is determined by Georgia’s Child Support Obligation Table, which is based on the number of children who need support and the total income available to both parents. Parents contribute to the Obligation Table figure based on the percentage they contribute to their joint income. If one parent earns 70 percent of the joint income, he will contribute 70 percent to the Obligation Table figure. Georgia courts will not order either parent to pay for post-secondary education costs.

Georgia law recognizes alimony, but the law does not allow Cobb County judges to award it to a spouse who is guilty of either adultery or desertion. The state reserves the right to order alimony as either a one-time lump sum payment, or in monthly increments. It may be either temporary or permanent, depending on the length of the marriage and other factors, such as the earning ability of the spouse who needs alimony and the reasonable ability of the other spouse to pay it.

Georgia’s divorce code contains no specific formula or rules for dividing property. It’s an equitable distribution state, so Cobb County judges have a great deal of discretion when apportioning property between divorcing spouses. They base it on the particular factors involved in each individual divorce.

Divorce is never easy, but we can help. Learn More
How Are Alimony Payments Determined?

Most states have durational residency requirements for divorce -- you must live in the jurisdiction for a continuous period of time before you can file there. Washington law does not include such a rule, but it does impose a waiting period before the court will actually grant you a divorce.

No-fault divorce states, such as Florida, grant divorces on the premise that sometimes marriages just don’t work out. ...