Divorce Laws of Pennsylvania With a Prior Home Ownership

An equitable distribution state, Pennsylvania requires that courts divide marital property in a way that is fair and equitable. Homes are subject to the same rules as other assets. When considering a house owned prior to the marriage, the first question is whether it is marital property shared by the couple, non-marital property, or some combination of the two. If there is any marital value in the house, there is still the question of how much value is distributed to each spouse. The court makes this determination based on several factors, including the length of the marriage and how much each spouse earns, in order to reach a fair economic resolution. 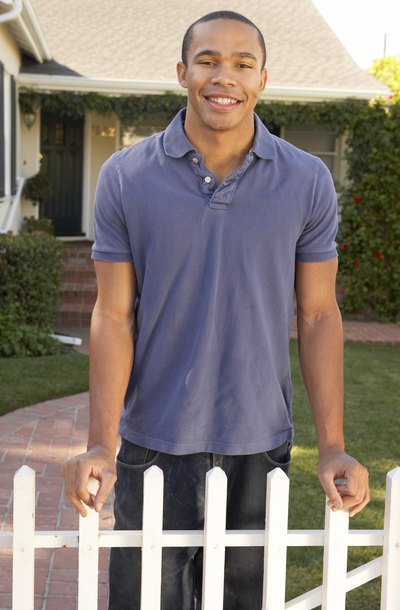 The Pennsylvania Divorce Code categorizes assets, such as houses, as marital or non-marital. If an asset is marital, the court can divide it between the spouses in the divorce based on consideration of a list of factors. Assets you accumulated during the marriage are considered marital unless you can show otherwise. A non-marital asset is not divided in the divorce; it stays with the original owner. The law provides a list of ways an asset can be considered non-marital. Ownership of an asset, such as a home, before marriage is one example. However, there are exceptions to the general rule.

If some portion of the premarital home is determined to be marital property, the court weighs a number of factors when deciding how much of that marital value goes to each spouse. The court has the power to distribute a marital asset to one spouse. So, if the house is marital, the judge can pick who gets it. The court can require that one spouse buy out the interest of the other with cash. Giving the spouse other marital assets to balance out the distribution is another option. One spouse might get to keep a little more of her retirement to balance out the marital value in the home that the other is keeping. The court is not allowed to consider who is at fault for the breakup of the marriage when deciding equitable distribution.

Divorce is never easy, but we can help. Learn More
Can a Spouse Get Half of the House in a Divorce in Connecticut?

Ohio courts can divide all types of property in your divorce -- real estate, household furnishings, vehicles and bank accounts. However, some assets are not divided because they are considered the separate property of one spouse. Under most circumstances, this includes property a husband owned prior to marriage, but there are some exceptions.

When couples divorce, any property they acquired during the marriage is divided between them. This includes intangibles such as airline miles. However, placing a value on miles isn't always a straightforward process.

Property division in divorce can be difficult to understand in equitable distribution states because there are few hard and fast rules. Virginia is such a state. Unlike in community property states -- where courts evenly divide the assets acquired during a marriage -- equitable distribution laws give a great deal of latitude to judges to decide what is “fair.” However, some general guidelines apply.

Ohio Divorce Law on a House in a Spouse's Name

In Ohio, marital property is subject to equitable distribution in divorce cases. For many couples, the family home is ...

Identifying a spouse's separate or non-marital property is one of the more complicated aspects of divorce. While hard ...

Are Investments Cashed in a Split During Divorce?

Money invested during your marriage – and sometimes invested even before you married – is up for grabs if you and your ...