Divorce Laws Regarding Insurance in Wisconsin

For some couples, insurance coverage is a significant factor in their divorce, because terminating a marriage often means terminating insurance coverage. Most the estimated 65,000 American women who lose health insurance each year due to divorce previously had been covered under their husbands’ health insurance plans, according to a University of Michigan study. Wisconsin courts, however, have limited power to help uninsured spouses maintain coverage after divorce. 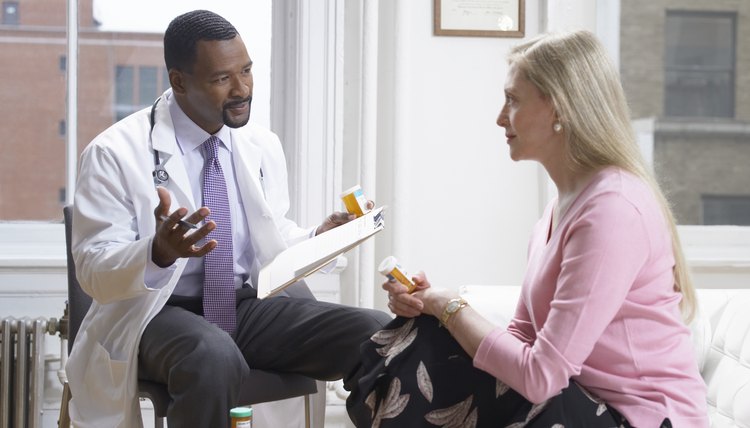 While a divorce is pending, Wisconsin spouses typically do not have the ability to remove a spouse’s name from insurance policies, including home, auto, life and health insurance. Wisconsin courts typically prevent such removals by entering an order that all policies existing at the time the couple files for divorce remain in effect until the divorce is final. Technically, the couple is still married until the final divorce decree is signed, so each spouse remains legally responsible for the other’s liabilities.

After a divorce is final, spouses generally can remove each other from existing insurance policies. Most insurance companies require ex-spouses to create separate policies after a divorce even if the insurance company still intends to cover both individuals. However, a spouse’s eligibility for some types of insurance terminates upon divorce, so the spouse who loses that coverage may be forced to go elsewhere for coverage. For example, an auto insurer may be able to create separate policies for the ex-spouses, while a health insurer might drop the ineligible spouse completely.

Since most families receive health insurance through an employer-sponsored plan, it is common for a spouse who does not have access to her own employer-sponsored plan to lose health insurance because of a divorce. The Consolidated Omnibus Budget Reconciliation Act, commonly referred to as COBRA, attempted to help uninsured spouses by providing a legal right to retain coverage for up to 36 months after a divorce if the insured spouse’s company had at least 20 employees. Wisconsin passed a mini-COBRA law extending this right to ex-spouses who, prior to the divorce, had insurance through a company with fewer than 20 employees. The spouse who no longer qualifies for health insurance because of the divorce can purchase insurance through her ex-spouse’s employer-sponsored group plan under the COBRA rules. However, this coverage is not subsidized by the employer, so it is often very expensive. Spouses who want COBRA coverage must notify the insurance plan administrator within 60 days of the divorce or they risk losing coverage eligibility completely.

Though Wisconsin’s courts do not have authority to order an insurance company to allow a spouse to maintain coverage after a divorce, they can order one spouse to pay for the other’s insurance coverage or consider it when deciding alimony issues. For example, if one spouse’s COBRA coverage will cost $800 per month, the court could order the other spouse to pay that $800 per month as spousal support. The court also can order spouses to maintain certain beneficiary designations on life insurance policies. Frequently, this means a Wisconsin court will require a spouse to maintain a life insurance policy that lists his children as beneficiaries.

Divorce is never easy, but we can help. Learn More
Ohio Health Insurance to a Spouse Post-Divorce

When You Get Divorced How Long Does Your Insurance Coverage Last?

Can One Spouse Cancel a Joint Insurance Policy During a Divorce?

Divorce can take several months from start to finish, and spouses sometimes find it difficult to work together on family issues while their divorce is pending. One spouse might wish to change or cancel an insurance policy while the divorce is pending because he doesn’t want to continue paying for the policy or wants to change the beneficiary. Family court laws vary from state to state, but spouses cannot cancel their insurance policies until the divorce is final in most states.

New York State Health Insurance Rules When Getting a Divorce

New York does not require health insurers to provide health insurance for divorced spouses, so one spouse may lose health insurance when she divorces if she was covered by her husband’s plan. New York law even requires divorcing spouses to acknowledge they are aware they will no longer be allowed to receive health care coverage under a former spouse’s insurance plan once the divorce is final.

Families often obtain health insurance through one spouse’s employer-sponsored group plan; however, you likely will ...

Connecticut Law on Medical Coverage After a Divorce

In Connecticut, medical coverage ends for a spouse who is covered under the other spouse’s plan once the divorce is ...

Many spouses have health insurance coverage through their spouse’s group plan, but that eligibility changes when they ...

Divorce changes your legal status, and you may lose health insurance benefits because you are no longer married. Your ...