The marital home is often a complicated asset with which you must deal during divorce. In Tennessee, as in other states, a couple is free to come to an agreement on which spouse should continue to live in the house or whether they want to sell it. If parties cannot agree, the court makes the determination based on the principles of equitable distribution, or fairness. In most cases, the property is not sold against the parties' wishes unless marital debts are high, or both spouses' incomes are too low to justify keeping the home. 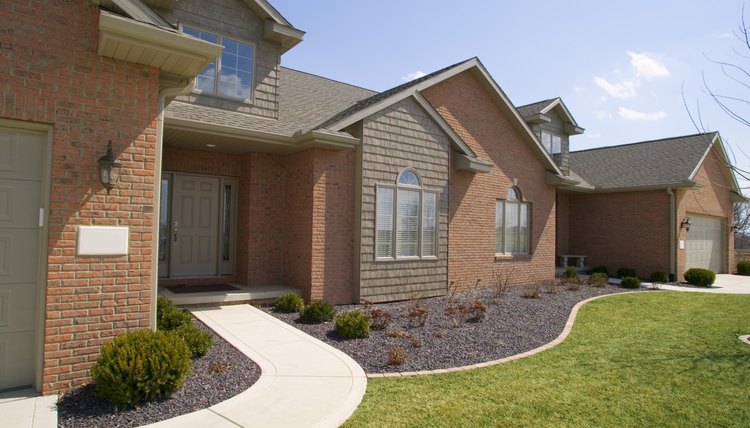 Tennessee is an equitable distribution state. This means that when a couple cannot agree on the division of marital property, the court divides most property acquired during the marriage fairly between the spouses, which does not always result in an equal division. A home that was owned before the marriage generally remains with the spouse who acquired it. However, if the other spouse contributed to an increase in the value of the home, the dollar amount of the increase can be subject to division by the court. For example, if a spouse's income contributed to the building of a deck on the property, raising the value of the home by $10,000, that $10,000 is subject to division during the divorce proceedings.

In determining which spouse should continue to live in the marital home, courts in Tennessee are required to give special consideration to the parent that is awarded primary custody of the children in the divorce. This is to minimize the disruptive impact of the divorce on a child so the child can maintain ties to his school and community. However, a judge is not required to award the home to that parent, particularly if other considerations would make this award unfair.

As part of making a fair division, a factor that the court must consider is any specific needs of either spouse. In cases where one party has a disability or mental illness, and the home has been specially equipped to meet these needs, a judge may be more inclined to have that spouse remain in the property. An example might be if one spouse is confined to a wheelchair and the home has a ramp and other accessibility upgrades.

As part of equitable distribution in Tennessee, the court must also divide marital debts. If your home has mortgages, the court may decide to order your spouse to share in the responsibility of paying the mortgages until the house is sold even if you are living in the home, or that your spouse take on a larger share of other debts, such as credit card debt. Further, the court can consider requests for spousal support, also known as alimony, after the property is divided. Alimony payments take into account property division and are based on one spouse's needs and ability of the other spouse to pay. Support may be appropriate where there are significant upkeep expenses for the home and the party not living in the home has the ability to contribute toward them.

Divorce is never easy, but we can help. Learn More
The Primary Residence in a Divorce

Does a Divorce Settlement Require a Refinance on an Upside Down Mortgage?

An upside down or underwater mortgage is one in which the homeowner owes more to his mortgage lender than the house is worth. Typically, such a mortgage happens when the homeowner buys his house in a healthy real estate market that later takes a downturn. When a divorcing couple owns their home subject to such a mortgage, getting rid of the debt can be difficult, and the divorce settlement can require one spouse to refinance the mortgage as part of the divorce.

Your home may be the most valuable asset you and your spouse own, so it will be important for you to claim your ownership interest during a divorce. Connecticut courts split all assets in an equitable manner; the split should be fair if not equal. If you and your spouse both get a share of the house in your divorce, you may have to sell it or refinance to actually split the value.

When couples divorce in Florida, they must resolve all marital issues before they can move on and start life anew. This includes deciding important matters like property division, alimony, child support and custody. While it is true that certain orders in the divorce decree are modifiable after divorce, such as child support and custody, others are not. Divorcing spouses must ensure that any issues important to them are thoroughly discussed during the divorce process and the final terms are satisfactory based on their long-term goals.

Divorce & an Underwater Mortgage That a Spouse Refuses to Sell

Divorcing in tough economic times can be a real challenge. Often, a couple’s most valuable asset is their home. When ...

Owning your own home is still the American dream, but a home can be tough to split between divorcing spouses. For ...