In New York, your divorce case will be heard by the Supreme Court of New York in the county where you and your spouse live. In most other states, the Supreme Court in the state is the highest court in that state; in the state of New York, however, the Supreme Court system is a trial court, similar to a district court. Since your husband does not agree with your decision to divorce, this will be a contested divorce. Typically, in a contested divorce, you will have to prove that your husband is at fault in some way, and the judge will decide issues of property division and child custody. 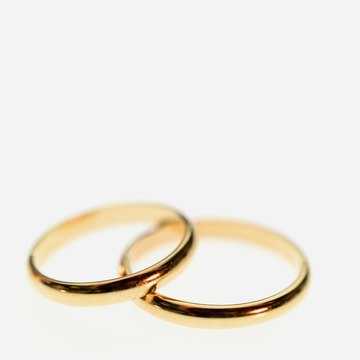 File your paperwork. Your formal request for divorce is called a “Complaint” and must be filed in the New York Supreme Court for the county where you or your spouse live, if living separately. Your complaint will state your grounds for divorce, as well as other requests, such as child support, child custody and property division. You will also file a summons, which is a legal document that gives your husband notice that you have filed for divorce. You can choose to have the summons alone delivered to your spouse and they will have twenty days to respond, through a document called a Notice of Appearance. After the "notice of appearance" is returned, your spouse can ask for a copy of your complaint. You can also choose to deliver both the complaint and summons on your spouse. In that case, your spouse must respond to the allegations in your complaint within twenty days in a document called an "answer."

Provide property information to the court. New York is an equitable distribution state, which means that the judge will divide you and your husband’s marital property in a way the judge considers to be fair, as opposed to states that have community property laws in which the property is usually divided 50 percent to one spouse and 50 percent to another. The judge will consider factors such as you and your husband’s income at the beginning and end of your marriage; what property you each had at the beginning and end of the marriage; the number of years you were married; your ages, and your health.

Divorce is never easy, but we can help. Learn More
Adultery & Divorce in Georgia

How to Obtain a Divorce in North Carolina

If you wish to obtain a divorce in North Carolina, you can hire an attorney to handle the process for you or you can file on your own. If you opt to represent yourself in divorce proceedings, you will be known as a "pro se" litigant. You file divorce papers in the North Carolina county where you reside. Because specific rules for filing can vary from county to county, North Carolina State University suggests that you contact your county's clerk of court before you proceed with a divorce action.

A divorce decree serves to officially dissolve a marriage and determine the terms of the divorce, including alimony, property division, child custody and support. How long it takes to get a decree in Oklahoma depends on the circumstances of your case and whether you and your spouse can agree to the terms of the divorce. Once the decree is in place, if circumstances change, you may ask the court to modify its terms.

When your spouse strays, your first instinct might be to seek revenge. You might be able to accuse her of adultery in ...

If your motivation for seeking a divorce in Tennessee is because your husband or wife deserts you, the state’s family ...

How Does Adultery Affect Divorce Financially in Missouri?

When one spouse cheats on the other, the marriage may be headed toward divorce. However, even when one cause of the ...