Divorce When Your Spouse Owns Everything

If you live in a community property state, the law makes it almost impossible for your spouse to own everything. Half of every marital asset is yours, even if your name is not on the title. Community property states include Arizona, Idaho, Nevada, Texas, Wisconsin, Washington, New Mexico, Louisiana and California at the time of publication. Your spouse also does not necessarily own everything if you live in one of the 41 equitable distribution states. In these states, your share of marital property may be more or less than 50 percent; ultimately, it comes down to what a judge believes is fair. 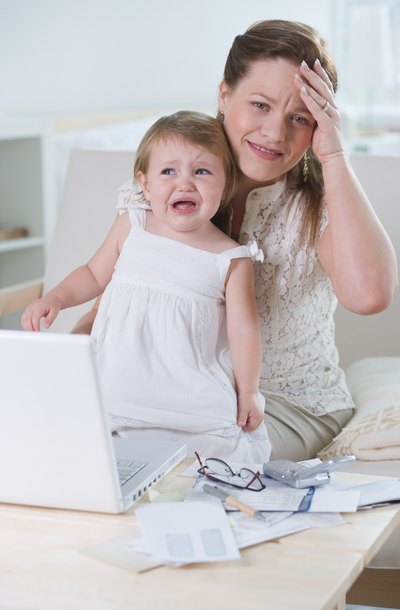 If your spouse acquires an asset during the marriage with money that’s his separate property, you have no right to it. For example, if your spouse inherits $200,000 and uses the money to buy a home, and if he puts title to the home in his sole name, it is his separate asset; it was not purchased with marital income. Separate funds are anything he inherits, or anything he earned or acquired before the marriage. The latter might include a savings or investment account he established before you wed, and to which he never added your name. Property he owned before the marriage is also separate if he never added your name to the title.

During your divorce process, your attorney or the court will separate out all assets that are your spouse’s separate property and value the remaining marital property. This involves getting appraisals for all assets of significant value, such as real estate, collectibles and retirement plans. Bank and investment accounts are valued according to their balances either at the time of your separation or your actual divorce, depending on the laws in your state. In community property states, you would receive assets equal to 50 percent of the total value of all marital property. In equitable distribution states, the judge will take several factors into consideration, then apportion the assets between you. These factors might include your ability to work and earn income and the value of your contribution to the marriage through keeping the home and caring for the children.

Another exception sometimes exists to community property and equitable distribution laws. Even in community property states, a prenuptial agreement will override divorce statutes. If you signed a valid prenup, agreeing that all assets are your spouse's separate property, a court could potentially uphold that agreement. However, most states will not honor a prenup that is so unfair that it would leave one spouse destitute. The legal term for this is "unconscionable." If you signed an unconscionable prenup, take it to an attorney for review to find out if a court might declare it to be invalid.

Divorce is never easy, but we can help. Learn More
Separate Property Rules for a Divorce in Minnesota

Can a Prenuptial Agreement Be Reversed During a Divorce in New York?

Identifying a spouse's separate or non-marital property is one of the more complicated aspects of divorce. While hard and fast rules do exist regarding the other spouse's right to a share of such assets, they tend to be subject to a host of exceptions and other rules. Premarital property usually belongs wholly to the spouse who brought it into the marriage and the other spouse has no right to it – unless certain other factors exist.

When you divorce, the court has authority to divide much of the property owned by you and your spouse. If you and your ...

There are few black-and-white answers when it comes to inherited property in divorce. An inherited asset starts out ...