Reasons for divorce and grounds for divorce are two different things. A spouse may decide to leave a marriage for any behavior that sufficiently upsets her, such as withholding affection. This reason may or may not provide "fault" grounds for divorce, depending upon the state where she lives. Fortunately, all states now offer no-fault divorces that do not require a spouse to prove that the marriage failed because of something her spouse did. 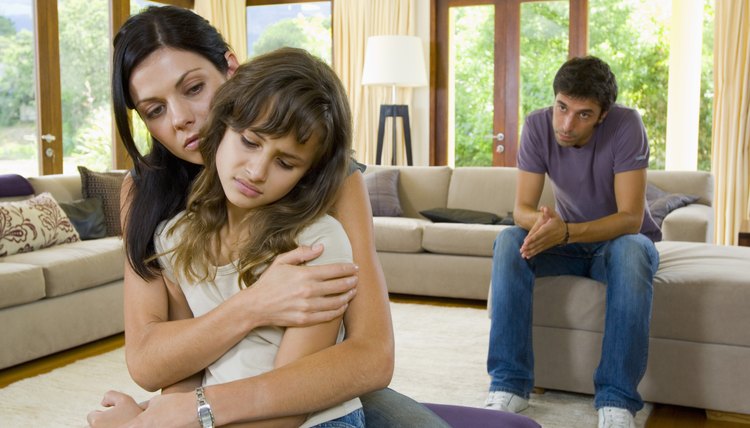 The days of having to prove that your spouse did something reprehensible to get out of an unhappy marriage have come to an end. Every state now has laws that enable either spouse to dissolve the marriage without showing that the other party was at fault. The stated grounds for no-fault divorces can be incompatibility or irreconcilable differences. While some states only offer no-fault divorces, others make no-fault divorces an alternative to fault divorces. In either case, a spouse convinced that her partner is withholding affection is entitled to a no-fault divorce.

Sometimes, a spouse will choose to pursue a "fault" divorce to expose egregious conduct or to influence child custody or support issues. Traditional fault grounds for divorce include abandonment -- and withholding affection can be argued to constitute abandonment. It might be wise, however, to obtain legal advice before filing a divorce on these charges.

Every state recognizes no-fault divorce, but that wasn't always the case. Until recently, if you wanted a divorce in New York, you had to prove that your spouse was the cause of the marriage falling apart. In other words, one spouse had to take the blame, even if both spouses wanted the divorce. Typically, this led to a drawn-out divorce process mired in conflict. However, in 2010, New York eliminated this restriction by permitting no-fault divorce, becoming the last state in the union to do so.

An extramarital affair can profoundly affect a marriage, causing a husband or wife to consider divorce after learning of a spouse’s infidelity. Before filing for divorce, Iowa residents may wish to become familiar with the laws in that state pertaining to divorce, property division, alimony and children. Either spouse may benefit from consulting with an attorney who handles divorce cases in Iowa.

On the surface, the concept of abandonment seems relatively simple. One spouse leaves the home and the marriage and refuses to return. However, the laws governing abandonment as a divorce ground are a little more complex than that. The spouse who is left behind usually cannot take any action that might imply her consent. If your marriage is on the rocks and your spouse moves out because of that, this usually doesn’t qualify as abandonment.

Sexual behavior outside the marriage and the lack of sexual relations within the marriage can serve as grounds for ...