What If You Don't Admit to Adultery in a Divorce Case?

Deciding whether to admit to adultery during divorce proceedings is a personal decision, and one that ultimately, will not affect your ability to get a divorce. On the one hand, if you admit to adultery, you may speed up the divorce process, and you won't have to defend suspicious text messages or emails in court. On the other hand, state laws may favor the innocent spouse when it comes to the divorce settlement – meaning, that you may lose out on alimony or marital property, if you admit to having an affair. 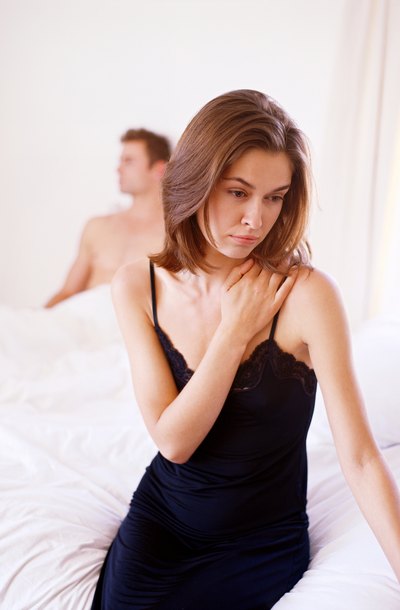 While the particular grounds for divorce differ by state, all states now allow no-fault divorce -- meaning that you do not have to place blame on your spouse for the marital breakdown. Instead, you may divorce based on irreconcilable differences. Neither spouse has to admit to adultery, nor prove that the other spouse committed adultery, to obtain a divorce. Some states, such as New York, require spouses to live separate and apart for a specified period to obtain a no-fault divorce. If you file based on adultery, you will not be subject to this waiting period. Some states like California do not even offer adultery as grounds for divorce, so whether a spouse admits to adultery may be irrelevant.

If your spouse is set on filing for divorce based on your adulterous behavior and you do not admit to it, she may provide evidence to prove your affair. Such evidence includes bank statements, emails, text messages, phone records and even social media postings. If you want to avoid the embarrassment of having your private activities brought up in the courtroom, you have the option of admitting to the adulterous behavior.

Depending on the laws of your state, if you admit to adultery -- or your spouse proves adultery -- it can affect the terms of your divorce decree. For example, in South Carolina, a spouse who commits adultery is usually barred from receiving any alimony. In some other states, the adulterous spouse may receive less marital property in the divorce settlement than she would otherwise be entitled to. The unequal distribution of property may not punish the adulterer per se, but instead, it should compensate the innocent spouse for benefits she would have received, if it weren’t for the affair destroying the marriage.

In some cases, even if you do admit to adultery, you may have certain defenses to prevent your spouse from using adultery as grounds for divorce or to argue for a more favorable divorce settlement. Generally, if your spouse condoned or consented to the affair – or, has forgiven you on the condition that you would not cheat again -- you may have a valid defense. Because defenses to adultery can be highly fact-specific and complicated, you may consider hiring an attorney.

Divorce is never easy, but we can help. Learn More
Does an Affair Matter in a Divorce in Tennessee?

Adultery is considered a crime in some states, although spouses typically don't go to jail over it. If you or your partner has strayed, more pressing concerns are how it might affect your divorce and what rights you have when it comes to defending yourself or receiving recompense for it as an innocent spouse. The effect of adultery on your divorce depends a great deal on what state you live in.

New York has recognized no-fault grounds for divorce since 2010, but this doesn’t prevent a spouse from filing on fault grounds instead. A spouse can file on grounds that her partner committed adultery, but the state doesn’t make this particularly easy. As a holdover from the days when spouses had to prove misconduct to receive a divorce, New York’s laws require somewhat stringent proof of adultery, whether you allege it in a complaint or in a countersuit.

Not all states offer a choice between fault and no-fault grounds when you file for divorce. Some, such as California, ...

Does Committing Adultery Make Any Difference in Divorce Court in Pennsylvania?

Discovering that your spouse has been unfaithful is often the end to a marriage. In Pennsylvania, when a spouse files ...