How Easy Is It for a Mortgage Lender to Get a Deficiency Judgment in Maryland?

Foreclosure may not end a homeowner's financial troubles. The mortgage lender still has the option of filing a claim for a deficiency judgment, which allows the collection of any loan balance remaining after the sale. In Maryland, as elsewhere, there are legal procedures a creditor must follow in order to pursue a deficiency judgment, as well as deadlines on when he may file the claim. 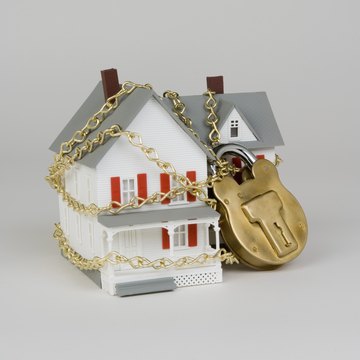 Maryland rules on deficiency judgments allow any secured party or "party in interest" in a foreclosure action to file a Motion for Deficiency Judgment within three years of the final ratification of the auditor's report. The net proceeds of the sale, less costs and expenses, must be insufficient to pay the outstanding balance and accrued interest on the loan. In addition, state law requires the property to be sold at a public sale.

If the lender seeks a deficiency judgment through a separate lawsuit, then Maryland law sets a much longer deadline of 12 years; if the creditor wins a judgment, it then has 12 years to enforce the judgment and may renew the judgment for an additional 12 years. A new law passed by Maryland's General Assembly in early 2014 would shorten this initial filing deadline to three years, which is the state's statute of limitations on civil lawsuits. The law gives creditors a much shorter window to initiate a deficiency lawsuit in court. As of April 2014, the bill was awaiting the governor's signature to become law.

Maryland law makes foreclosure a relatively easy process for lenders. The state permits a shorter "power of sale" process, which in most cases allows a lender to foreclose on a home much more quickly than in states that use a "judicial" process. In addition, not all states permit deficiency judgments, and many have shorter deadlines than those set by Maryland law. California bans deficiency judgments in most cases, and Florida sets a limit of five years for a lender to pursue a deficiency in court.

What Is a Trust Deed Sale?

A trust deed sale is the end result of the foreclosure process which a lender uses to recover the balance due on a defaulted loan secured by real estate. It is also referred to as a nonjudicial foreclosure sale because the lender can use this process without having to file a lawsuit against the borrower. Before a trust deed sale can occur, written notice must be given as specified by state law.

Can a Bankruptcy Judge Void a Mortgage?

Under some circumstances, a bankruptcy court may not only delay or stop a foreclosure process, but actually declare a mortgage to be void, relieving the debtor of the obligation to continue making any mortgage payments. Bankruptcy courts can eliminate or reduce the amount you own on second mortgages in some bankruptcies through a process called lien stripping, and void a first mortgage if it has particular types of legal defects.

What Is a Deed of Trust With Assignment of Rents?

Some states refer to a voluntary lien against real property in exchange for money as a mortgage, while others refer to it as a deed of trust. Both mortgages and deeds of trust may incorporate an assignment of rents and leases that allows the lender to collect rent money held by,or due to, the property owner by tenants once the owner defaults or fails to make payments. An assignment of rents and leases may also be recorded as a separate document.

A contract for deed is a written contract between a potential seller and buyer agreeing to a future conveyance of ...

What Happens When a Bank Charges Off Your HELOC After a Chapter 7 Discharge?

If you file for a chapter 7 bankruptcy, you are asking a federal court to protect you from collection actions and ...

Most purchasers of real estate use a third-party lender, such as a bank, to finance the purchase. The lender requires ...