What Does "Enter a Decree" Mean for a Divorce? 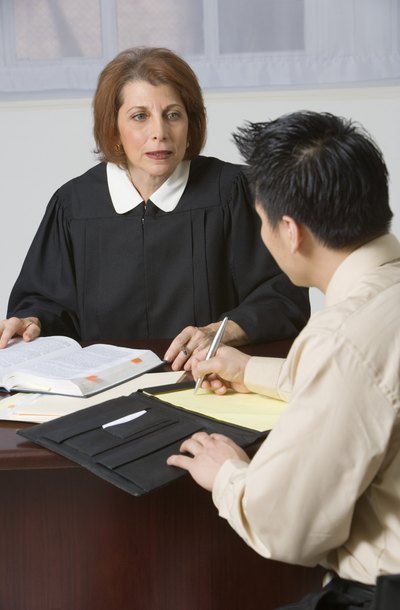 The court enters a divorce decree based on a settlement agreement negotiated by the parties and approved by the court or based on the judge's final resolution of each disputed issue presented at trial. The judge signs the court order, which includes the final date of dissolution of the marriage and how she ruled on each issue. An attorney or self-represented party submits the signed judgment, with approved attachments, and a notice of entry of judgment form to the court clerk's office. If all of the applicable documents are filed properly, in accordance with court rules, the court enters the judgment and notice of entry of judgment. The court sends a copy to each party to notify them that the judgment was entered.

Enforceability of the Decree

Divorce is never easy, but we can help. Learn More
90 Day Cooling Off Period for a Divorce in Pennsylvania

What Is a Correct Date of Divorce: the Date of Filing or Date of Judgment of the Divorce?

A divorce typically includes four important legal dates: the date of separation from the other spouse, the date of filing the petition at the courthouse, the date the judge signs the judgment, and the date the court clerk enters the judgment into the court record and provides notice of its entry to both parties. Even after all of these events take place, some states apply a waiting period before the divorce is final -- sometimes six months later.

What Is an Exemplification of Divorce?

An exemplification is an official transcript or copy of a public document that certifies it is a true copy of the original. An exemplified copy of a record, also known as an apostille copy, also authenticates the signature of the parties involved and the seal of the issuing agency, but not the accuracy of the document's content. Records eligible for exemplification include educational transcripts, marriage records, birth certificates, adoption papers and divorce decrees.

How to Obtain a Divorce Decree From California

What Does Entry of Judgment in a Divorce in California Mean?

The term "entry of judgment" refers to a court order being entered after the judge rules on a case. In a divorce case, ...

What Does a Probate Court Do With a Will?

A probate court is a legal venue for authorizing the terms of a will, or determining how the assets of an individual ...

What Is an Agreed Entry in a Divorce?

When spouses agree to part ways and concur on all aspects of how they’re going to divorce, there’s no need for a court ...