How to Establish Sole Physical Custody of a Child in Pennsylvania

Shared custody arrangements are preferred in Pennsylvania. This is based on the state policy that frequent and continuing contact with both parents is in the child's best interests. However, in cases where your former spouse is unwilling to cooperate with you or threatens the safety of your child, you may request that the court award sole physical custody to you. 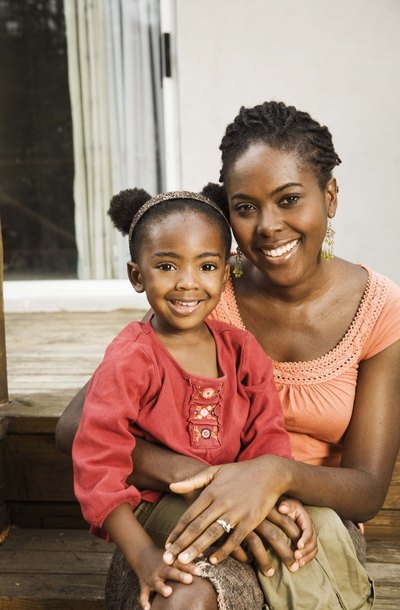 Pennsylvania recognizes two types of custody: legal and physical. Legal custody refers to the power to make important decisions regarding your child, such as those related to religion, medical treatment and education. Physical custody refers to where the child spends nights. Each type of custody can be shared or held solely by one parent. If one parent is awarded sole physical custody, the other parent typically has visitation. In 2010, Pennsylvania passed a law that made frequent contact between both parents a priority. This law also prohibits judges from making custody decisions based on gender stereotypes.

Custody must be decided as part of every divorce involving minor children in Pennsylvania. Sometimes this can be resolved by agreement, but if your spouse disputes a sole custody arrangement, you may be required to submit a parenting plan. The plan must include a proposed custody schedule, and the court will approve the plan if it is found to promote the best interests of the child. This requires a consideration of several factors, including the proximity of the residences, which parent is better able to attend to the child's needs, and the ability of each parent to cooperate and work together. Each factor need not be given equal weight in the analysis. For example, the court might find that the geographic distance between residences is too great for shared custody to work, despite the parents' relationship being amicable.

The safety of the child is of great importance in establishing physical custody in Pennsylvania. For that reason, certain criminal convictions weigh against allowing a parent to be alone with his child, and may support an award of sole custody to you. Examples include past violent behavior against you or the child, sexual assault and drunken driving convictions. To be successful, you must convince the court that these past indiscretions constitute a present harm to the child. For instance, a judge is more likely to find a drunken driving conviction to constitute a present threat to the child if the parent has willfully refused to enter treatment. On the other hand, a judge may decide not to deny shared custody if the conviction was from 10 years ago and the parent has been clean and sober since that time.

Although a judge may be persuaded that shared custody is appropriate at the time of divorce, conditions might change to support modifying the order and awarding sole custody to you. To be successful, you must offer evidence that there has been a change in circumstance and that sole custody is now in the child's best interest. A common example is one parent wanting to move out of state with the child. In Pennsylvania, a parent must show that the move actually benefits the child, such as better schools or an improved home environment at the new location. If you fail to demonstrate that the move is in the child's best interests, the court could decide not to modify the order or order sole custody to the parent who is not relocating.

Divorce is never easy, but we can help. Learn More
Child Custody Visitation Rights in Pennsylvania

A fight over child custody is often immensely stressful for both parents and children. Alabama recognizes two types of custody -- legal and physical. Legal custody refers to which parent has decision-making responsibilities for the child, while physical custody refers to where the child lives. In the state of Alabama, in an effort to foster ongoing contact between parent and child, there is a presumption in favor of joint legal and physical custody. Joint custody does not, however, necessarily mean that both parents have the same amount of time with the child. Before seeking full custody of your child, think about whether this is truly in your child's best interests.

While most states use the "best interests of the child" standard in making custody determinations, Wisconsin has an ...